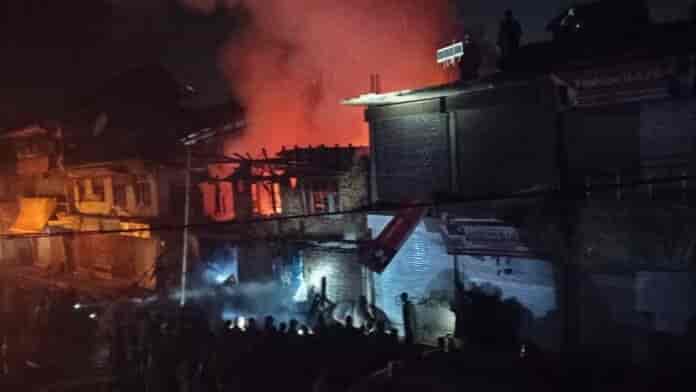 Kupwara: Several shops have got damaged in a major nocturnal blaze that has broke out in Old-chowk in main-town Kupwara.

Reports reaching Global News Agency said that a fire broke out inside a Co-operative Bank Unit along Hospital Road which soon engulfed the nearby shops.

Several shops have got damaged in the ongoing inferno so far even as fire tenders rushed to the spot to douse off the raging flames, reports said.

Meanwhile an eyewitness said that locals have joined efforts of the rescue team as to avoid further spread of flames, with a mosque (Quawat-ul-Islam) in immediate proximity of the affected spot.