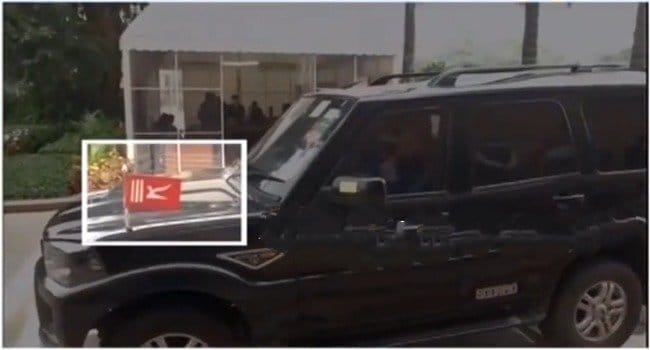 Media reports said that Farooq Abdullah arrived at the Parliament for the winter Session with the J-K flag on the bonnet of his vehicle.

The action of Farooq Abdullah as per local news agency Kashmir News Trust gave an opportunity to right-wing media to claim that Farooq Abdullah stoked controversy after arriving at the Parliament with the Jammu and Kashmir Flag.

These media houses questioned that why Farooq Abdullah challenged one India one flag mantra and why he arrived in the Parliament when the J-K flag has ‘lost’ its ‘status’.

Pertinently, several PAGD leaders in past were seen J-K flag waving and carrying along with them.

PAGD of which Farooq Abdullah’s party is a part is claiming that decision to abrogate Article 370 and special status of Jammu and Kashmir on 5 August 2019 was unconstitutional, illegitimate and illegal. (KNT)