Family of four killed in anti-Muslim hate attack in Canada 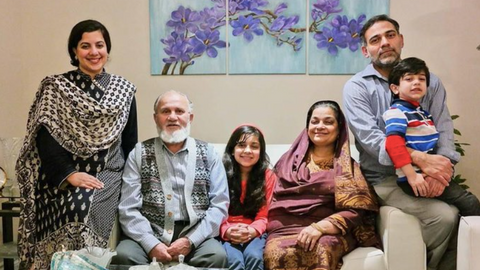 Four members of a Muslim family were killed after a man driving a pickup truck rammed into them in what police said on Monday was a “premeditated” attack.

A 20-year-old suspect wearing a vest “like body armour” fled the scene after the attack on Sunday evening, and was arrested at a mall seven kilometres from the intersection in London, Ontario where it happened, said Detective Superintendent Paul Waight, AFP reported.

“There is evidence that this was a planned, premeditated act, motivated by hate. It is believed that these victims were targeted because they were Muslim,” he told a news conference.

The names of the victims were not released, but they include a 74-year-old woman, a 46-year-old man, a 44-year-old woman and a 15-year-old girl — together representing three generations of the same family, according to London Mayor Ed Holder.

A nine-year-old boy was also hospitalised following the attack and is recovering.

“Let me be clear, this was an act of mass murder perpetrated against Muslims, against Londoners, rooted in unspeakable hatred,” said Holder.

Identified as Nathaniel Veltman, the suspect has been charged with four counts of first degree murder and one count of attempted murder.

Police said Veltman, a resident of London, did not know the victims.

He offered few details of the investigation, but noted that the suspect’s social media postings were reviewed by police.

Waight said police did not know at this point if the suspect was a member of any specific hate group and declined to detail evidence pointing to a possible hate crime, but said the attack was planned.

Canadian Prime Minister Justin Trudeau tweeted that he was “horrified” by the attack.

“To the loved ones of those who were terrorised by yesterday’s act of hatred, we are here for you,” he said, singling out the nine-year-old in hospital.