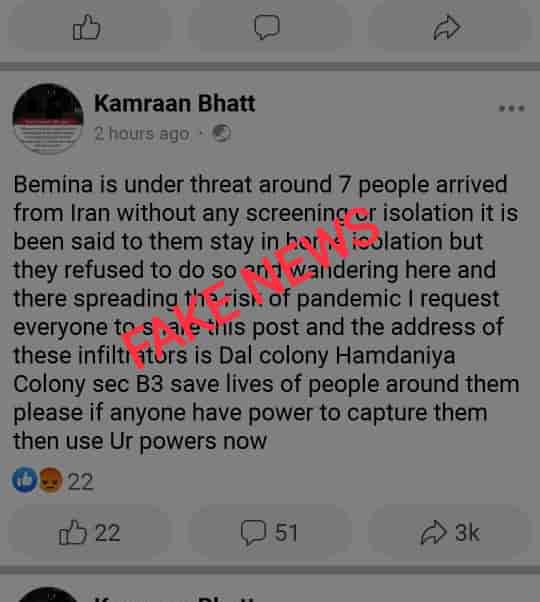 Srinagar: The rumours regarding the seven people returning from Iran doing rounds on social media is fake.

SHO Bemina Adil Bashir while talking to The Kashmir Walla said that the social media post doing rounds is fake. “They had returned from Kolkata and not Iran. They have been properly screened too,” Bashir said.

The post has been shared over three thousand times on Facebook and has created panic among masses. The user in his post had mentioned that Bemina was under threat as seven people returning from Iran had avoided quarantine. He had also revealed the location of the said people in his post.

Meanwhile, Bashir further said that action will be taken against the rumour monger.

Previous article20-year-old dies week after she set ablaze her in south Kashmir
Next articleCOVID-19: J-K govt to hire retired doctors in fight against virus