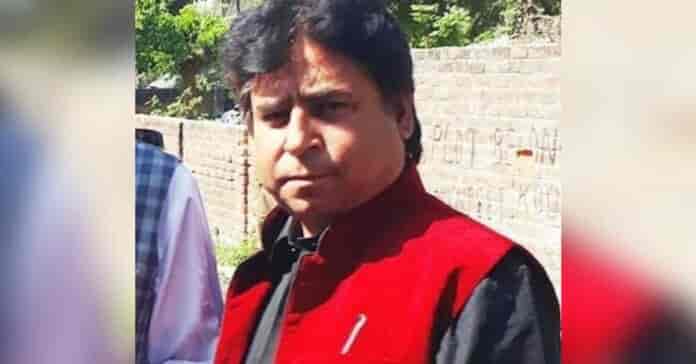 A senior officer of the Jammu and Kashmir Police called out a national television channel for falsely claiming that the house of assassinated Congress leader Ajay Pandita was vandalised. The Republic Television channel ran a ticker claiming: “Ajay Pandita’s house [has been] vandalised in Anantnag”.

On 8 June, Mr. Pandita, the local sarpanch and a member of the Kashmiri Pandit community, was shot dead in his village by suspected militants. Panches and sarpanches have long been targeted by the militants for their participation in electoral politics or on accusations of being informers for government forces.

Senior Superintendent of Police, Anantnag, Sandeep Choudhary, refuted Republic TV’s claims in a series of tweets. “Stop spreading fake news @republic. His house is safe,” he tweeted along with a screengrab of the television channel running the false information.

In the Twitter thread, Mr. Choudhary also attached a picture of Mr. Pandita’s house in Lukbawan village in south Kashmir’s Anantnag district, which he claimed was clicked by the concerned Station House Officer at 10:30 pm today.

Photos clicked by the SHO at 10:30 PM today. pic.twitter.com/tGSMryQijI

In May 2020, the Jammu and Kashmir administration had accorded sanction to regressive new media policy not only lays down the contours of what journalism is but also prosecution of journalists under the Indian Penal Code and cyber laws for what the administration would deem as “fake news”, reported The Kashmir Walla.

In the last of its seven stated objectives, framers of the DIPR’s policy announce the intent to “thwart mis-information, fake news, and be alert to any attempts to use media to incite communal passions, preach violence or to propagate any information prejudicial to the sovereignty and integrity of India”.