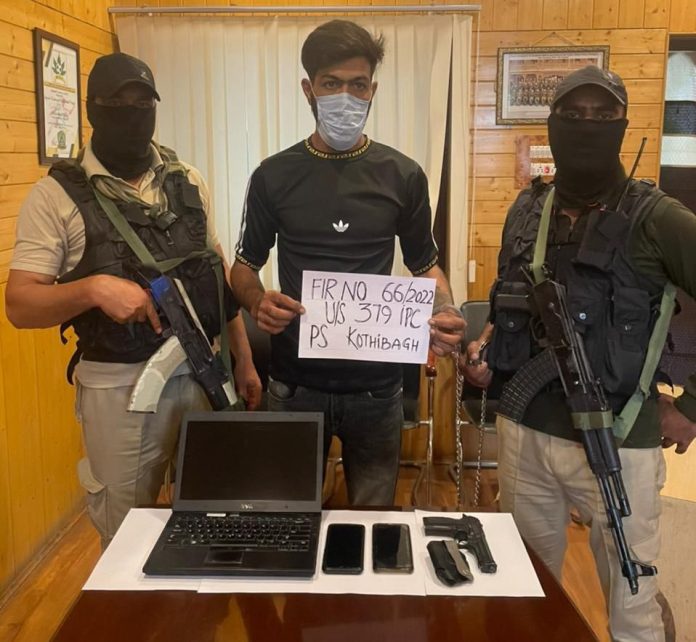 Police on Thrusday said that they have arrested an extortionist along with a fake pistol in central Kashmir’s Srinagar district.

It further read: On this, case under FIR No. 66/2022 registered at kothibagh Police station,”(GNS)