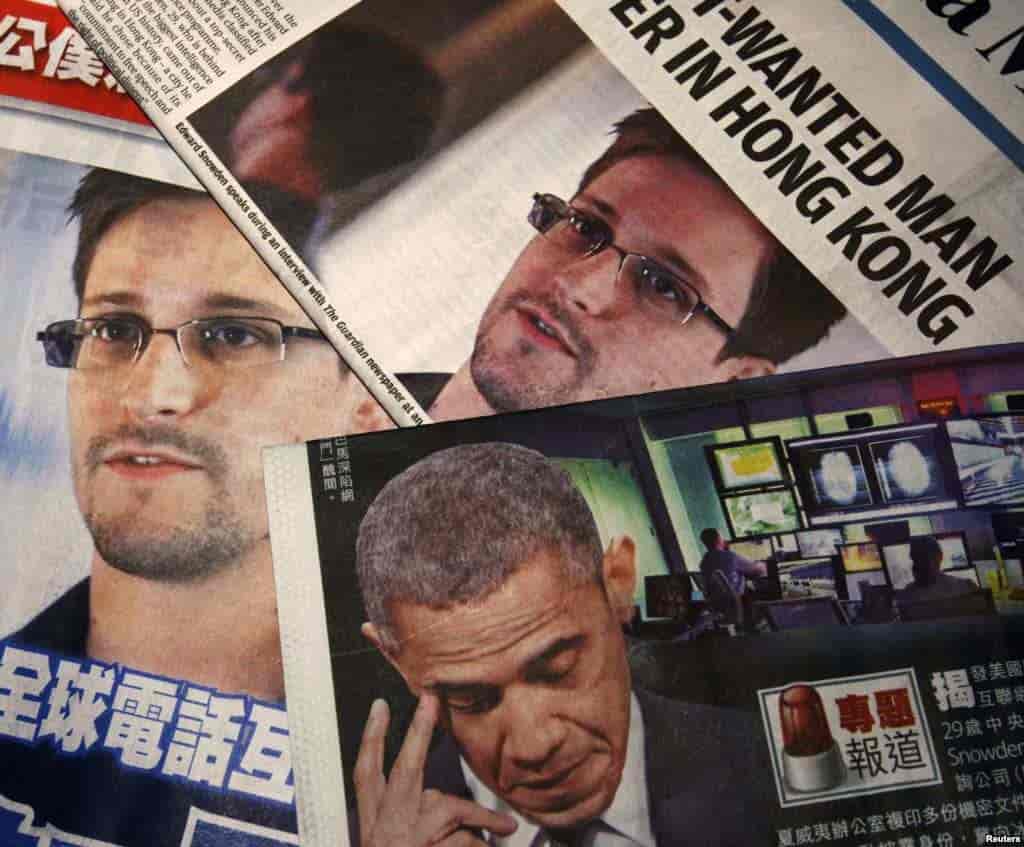 In October this year, a former contractor at the US National Security Agency,  Edward Snowden, leaked documents to Britain’s Guardian newspaper. Among several leaks, one was showing Australian intelligence phone taping and spying on top government officials in Indonesia in 2009 including the President Mr. Susilo Bambang Yudhoyono. The gathering of intelligence by project “Reveal their secrets –protect our own” was by the Australian Electronic Intelligence Agency and the Defence Signals Directorate Agency (now known as the Australian Signals Directorate). The leaked documents showed that the targets were President Yudhoyono, vice president Boediono, the security minister, the information minister, the foreign affairs minister Dino Patti Djalal, the presidents wife Ani Yudhoyono, and the former vice president Yussuf Kalla. A number of people on the list are potential presidential candidates for the upcoming elections next year. The depths of the intelligence gathering has angered the Indonesian government and the public, where protests broke out in several parts amid the revelations. There has been further anger over the claims that the Australian Embassy in Jakarta was directly involved in the spying. Indonesians protested Australia’s actions even burning the Australian flag.

Australian Prime Minster Tony Abbott further angered Indonesians when the story broke out as during question time in parliament he had said, “First of all, all governments gather information and all governments know that every other government gathers information… the Australian government never comments on specific intelligence matters. This has been the long tradition of governments of both political persuasions and I don’t intend to change that today.”

Indonesia’s Foreign Minister, Marty Natalegawa released a statement saying: “It is nothing less than an unfriendly act which is having already a very serious impact on our bilateral relations.”This is not a clever thing. It’s not a smart thing to do. It violates every single decent and legal instrument that I can think of.” He was not satisfied with Mr Abbott’s comments and the Australian response, which he described as “dismissive.” He repeated an earlier threat to withdraw intelligence cooperation – which could include information on people-smuggling and terrorism.

These events which targeted the highest levels of Government specifically undermine and increase the tension significantly with Australia’s nearest and most important neighbour. Australia and Indonesia have mutual trade valued at over 14 billion dollars and share close links in defence, government and education under the Lombok treaty. The relationship came under strain during the Bali terrorism bombing attacks and the Tampa Affair. Australia has heavily relied on Indonesia in order to combat its asylum seeker issue under the “Pacific Solution” as many asylum seekers seeking refuge in Australia transit through Indonesia’s 17,000 islands by boat. Indonesia has assisted and cooperated with Australia even passing laws in parliament in 2011 criminalising people smuggling.

Mr Abbott then released a statement saying, “I will never say or do anything that might damage the strong relationship and the close cooperation that we have with Indonesia, which is all in all our most important relationship.” Indonesia then froze ties with Australia, as Abbott refused to apologise.

Mr Yudhoyono’s spokesman Teuku Faizasyah, also responded saying: “The Australian Government needs to clarify this news, to avoid further damage … [but] the damage has been done.”

On November 18 Indonesia recalled its ambassador to Australia amid the fury of the Australian spying scandal. The position of Australian Ambassador Greg Moriarty and the staff in Jakarta are being reviewed as Indonesian president Susilo Bambang Yudhoyono ordered his own security to further investigate the revelations and depth of the allegations. Mr David Engel the Australian Deputy Head of mission was also ordered to attend questioning at the Indonesian Foreign Affairs office.

By 21 November Indonesia had cancelled all military ties with Australia and suspended people smuggling cooperation in response to the phone tapping revelations.  As President Yudhoyono awaits an apology, Tony Abbott continues to play down the matter by repeating his cynical mantra that “all states spy on one another” and therefore as targets of intelligence collection Mr Yudhoyono, his wife, and his inner political circle were fair game. Mr Yudhoyono’s reaction was precise and symbolic signalling trouble ahead for relations between Indonesia and Australia, already fragile due to the problem of illegal migrants seeking to cross by boat to Australia from Indonesian shores.

It is no secret that spying is an activity all countries engage in, that the act of spying enjoys legal sanction in the Hague Convention, and is justified by the notion that inevitably nations withhold secrets from each other. No, spying is not a violation of internationally shared expectations. Eaves dropping on the private conversations of the leader of a country who is a friend and ally on the other hand, is. It does not matter that everybody does it, what matters is that the interception of Mr Yudhoyono’s phone by Australia’s security agency has untimely signalled an attitude of aggression and mistrust by Australia towards Indonesia, and it is not going unnoticed by the general public here in Indonesia.

Australia and Indonesia have enjoyed a relationship based on a shared will to combat regional matters of mutual importance, this historically has been based on relationship of trust and mutual cooperation. Indonesia is Australia’s largest and most populist neighbour as well as a trade and defence alley however, it is understandably difficult to maintain a friendship if you hold the expectation that your friend may lie, betray, or otherwise take advantage of you. This is what the public exposure of this act implies.

Many claim the Indonesian administration has overreacted or is using the issue to sidetrack the electorate from bigger domestic problems in an election year but, as Sam Roggeveen pointed out, Indonesia may well be “genuinely annoyed with Australia. It is one thing to know that spying goes on, but another to be confronted with specific facts about foreigners snooping on you in your own capital” .

December and the saga continues with Tony Abbott unable to articulate his speeches or public comments on this matter and the Indonesians are clearly not pleased. On 6 December, on Fairfax public radio, Mr Abbott said Australia had not given any undertakings not to spy on Indonesia, and Indonesian Foreign Minister Marty Natalegawa has given a cautious response to comments by the Prime Minister and held meetings with Australia Foreign Affairs minister Ms Julia Bishop. The meetings have both parties agreeing to a so called “hot-line” between herself and Dr Natalegawa at the request of Indonesia to further discuss on the matter and avoid diplomatic rows. Indonesian president Mr Yudhoyono has set up a six point plan and has demanded that Canberra follow these before normal relations can resume. Ms Bishop has commented that Australia has agreed to follow President Yodhoyono’s roadmap to creating a moral civil and amicable relationship and that the president is privy to all current discussions. ‘We note the steps set out by President Yudhoyono that must be taken in order to normalise the relationship and, of course, we agree to adhere to those steps,’ Ms Bishop had said. However, Dr Natalegawa has insisted that military and police co-operation, as well as sharing of intelligence, would not be restored until all six points in President Yudhoyono’s roadmap are addressed.

The six point plan to recovery of the relationship demanded by the Indonesian President also has a code of conduct which the Indonesians have not set a time frame for. The president has insisted that the code must address the issues and have solid set protocols to ensure such events of espionage do not occur again, and President Yudhoyono’s has said that the code of conduct will require a period of evaluation before the Indonesians will start joint co-operation on people smuggling, border protection, military and policing efforts.

The Australian Communication minister, Malcolm Turnbull, on 9 December started to attack the ABC for publishing the Spying story calling it a “error of judgment.” ABC director Mark Scott has defended the publicizing of the story  stating “News Corp” of a “concentrated attack” on the ABC. In his statement Mr Scott said “If you look around the world, stories of this big leak of NSA material have been covered in newspapers, television stations, nearly 20 major media outlets have done it, we feel it was in the public interest.” Mr Scott went on further to say “We’re an independent media organisation. Sometimes we publish stories that politicians won’t be happy about but we are an independent media organisation, that is the role we need to play. which is being a fair and independent public broadcaster.”

Its clear that the government are ashamed at being ousted and suffering greatly for being caught, so what else to do then attack the honest ethical journalist and media outlets who provide the public facts about how their government is conducting themselves with tax payers money.

In an age of well-publicised leaks and whistle-blowing, the risks for states engaging in such operations are high. We do not live in the age of the Cold War anymore, and regional cooperation on threats outside of state boundaries require greater co-operation than ever before.

Favourable relations with Indonesia are vital to Australia’s national interest and the relationship with Indonesia is not one which Australia can take for granted. President Obama’s initially hesitant responses to Angela Merkel’s understandably outraged public response to The Guardian’s revelations of US eavesdropping on her phone damaged US-German relations, but Obama corrected his error through appropriate apologies to Merkel. A swift apology from Tony Abbott to President Yudhoyono is needed, and with an Indonesian audience in mind. This is no longer a matter for domestic political consumption, the cynical “everybody spies” mantra is only making things worse. The impasse between Australian and Indonesia is cause for great concern. As national security is an obligation of the state, so too is maintaining vital strategic relationships.