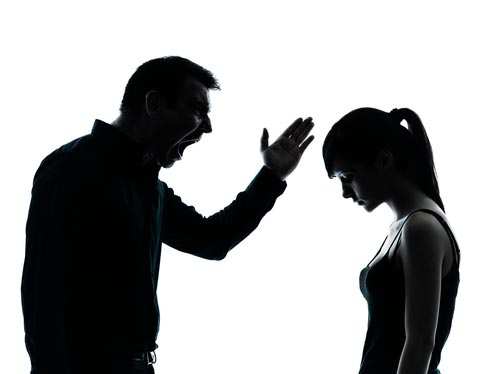 In my career as a Life Coach, I have come across many people (mostly women) who are surviving with abusive partners. The impact is not small in any way. I have seen it completely distort a person’s self–image and confidence. They were once successful professionals, now they are mere shadows of their earlier selves. They have blatantly, year after year been exposed to verbal, emotional, mental and sometimes physical abuse too.

It is extremely difficult and painful to see these women go through such trauma. They are not living with outright mental patients or criminals, but the emotional and psychological abuse they are exposed to, makes them nervous wrecks. It is always better to recognise such people around us, and not allow them to victimize us.

Abusive and controlling men do not seek plain, meek women. The challenge for such men is to bring successful women down from a great height. This proves to them their real power, their complete domination. They are social chameleons who can fit perfectly in any situations. These men are seductive who cleverly hide their real character initially and overwhelm you with love, so that you feel you are the center of their universe. They are experts at morphing their identities to get what they want and mirror others for money, sex and most commonly attention, because of their abilities to idealize others, these men are often charming, innocent and fun to unsuspecting onlookers and casual acquaintances.

But gradually things start to change. They will start showing disappointment in little things, casually start making cruel comments about your looks and your work. Slowly, all this would slowly and surely hit your self-confidence. They start getting angry at the slightest of things such as food, how could you forget your way in a new city, his laundry,etc.

They draw you into arguments .The argument usually starts from something hurtful or inappropriate they have done but you end up being the one defending yourself.

Such men would dismiss your friends as boring, they would cut you off from those you are close to you. Abusers want you to be totally dependent on them. They would alienate you from everyone else. At first it appears that your partner is really invested in your life and your decisions. In fact, an abuser knows that they won’t get away with mistreating you if you have supportive friends and family in the picture. That is why they will try to convince you that others don’t value you or your relationship.

They would blame you for everything to the extent that you start feeling you can’t do anything right. They constantly try and put you down as not being good enough. They mock your personality, and you feel ashamed most of the time. You are blamed for everything that goes wrong in their lives. An abusive partner will never accept any blame for anything.

In such relationships everything is about your partner never about you. You have feelings too, but your partner won’t hear them. You’re unable to have a two-sided conversation where your opinion are heard, considered and respected.

They are apt at playing the eternal victim game, they make you feel guilty and bad for them, even when they have themselves done something horribly wrong.

What causes some people to become aggressive and abusive? How can they be so ignorant of the feelings of others? Perhaps, they are sadists and seek pleasure by putting others down. Are they born like that, or do they become like that? My guess is, it is a bit of both nature and nurture. It is both biological as well as environmental. They have grown up in environments that are quite accepting of this kind of behavior. They acquire this bullying as being a norm, there is nothing wrong in their minds in being aggressive, abusive and least concerned about the other persons feelings, and more so if they are men.

Abuse is a learnt behavior. They learn it when they are growing up. They have never seen anybody react to it strongly enough. It was alright to bully, hit, hurt and exploit others, with absolutely no checks.

They may be having anger management issues as well, and which must have been there in childhood too, but they must have been conveniently ignored, as psychological issues are still taboo in our society. These people in younger days too would have been impatient and would get out of control during arguments, and would have verbally or physically hit out at people.

Such people have a narcissistic personality disorder, they have a perception of grandiose about themselves and want others to admire them. They feel that because of their accomplishments they are entitled to exploit others, they are even jealous of others and are arrogant too. They are not able to empathise and are not able to relate to other people. They have poor relationship skills, and have poor handling of emotions.

Scott Bonn, a Ph.D and Professor of Criminology at Drew University says, ‘such people have ‘charming personalities’ and ‘steady jobs’ but lack emotional control. It is difficult to recognize them around you, they are that good at manipulation.’

Abuse is a choice that these people are making. Abuse can never be right, no matter what. There can be no justification for any kind of abuse.