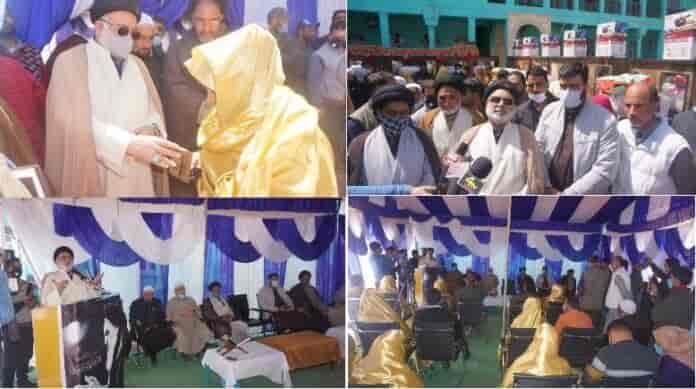 A total of eleven couples entered wedlock at a mass marriage ceremony held at Jamia Babul Ilem Oriental College of learning organised by the Department of Marriage and Nikah registration Department of J-K Anjuman Sharie Shian on Wedneday, statement issued here by the socio-religious body said.

“On this occasion, during his address, Aga Hassan explained the real meaning and importance and usefulness of marriage in the eyes of the Qur’an and Sunnah.”

Aga Hassan called out the unlawful and immoral rituals of marriage prevalent in the society as poison for the society.

He said that if practical steps are not taken to eradicate these evil rites, then maintaining the essence of marriage as an Institution will become difficult.

While concluding Aga Hassan urged the newly married couples that the secret of a successful relationship lies in the fact that the husband at every level keeps alive the rights of the wife.