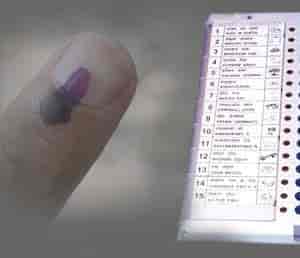 After assessing the post-flood situation in Jammu and Kashmir, the Election Commission of India today said that the exact dates will be given after having more consultations in Delhi.

Addressing a press conference here at Srinagar, the Election Commission told reporters, “We have had discussions with all the concerned people for elections.  We have had day long discussions and consultations with all recognised political parties, police and administration. We wanted to have a clear idea about status of relief and infrastructure in the state for holding elections,” the EC said. “We will be getting back to Delhi and make some more consultations before we give the final time of the elections.”

The Commission has been visiting the region and had also asked police and other authorities to confirm if the situation is conducive for the elections. The police and civil administration top brass has ensured the Chief Electoral Officer, Umang Narula that they were ready for holding elections whenever the Commission likes.

The devastating floods that hit the state last month has damaged several schools, government buildings and structures that are used during elections, as the state government also had shown its unwillingness to have elections on time. Though, all other major political parties, except National Conference, have been in favor of on-time elections.