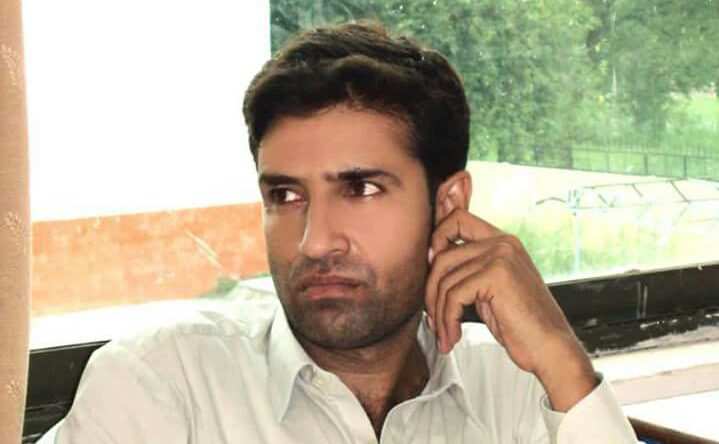 The Azad Jammu and Kashmir also called as Pakistan administered Kashmir is going through regional elections next month. Being a divided part of the disputed Jammu and Kashmir state, the issues faced by the region are multilayered. From political to economic exploitation, the region’s pro-independent parties, who don’t accept it accession with Pakistan, see these elections as “a black spot on the face of democracy.” The Kashmir Walla spoke to one such pro-freedom group, the Jammu Kashmir Liberation Front’s (JKLF) Zonal President of Azad Jammu and Kashmir and Gilgit-Baltistan, Dr. Toqeer Gilani. He says that if Pakistan removes the accession to Pakistan clause from nominations papers then the JKLF also can be part of the elections just to avoid any isolation during this process.

Azhar Mushtaq: How do you see the elections held in Azad Jammu and Kashmir (AJK) and Gilgit-Baltistan (GB)?

Toqeer Gillani: We see these elections as a practice done to make people believe that they are themselves responsible for their deprivations and subjugation. Normally, everyone will support any democratic arrangement done to facilitate people if it is done according to the norms of democracy. People in AJK and GB are allowed to vote only those who are considered loyal to Islamabad. Before finalizing the candidature of any candidate many agencies investigate about his/her own and his/her family’s loyalty to Islamabad. Although we are well-wishers of Pakistan but we declare our loyalty with our own land and do not sign a clause in nomination papers asking us to declare in written that we will remain loyal to Pakistan and will support Jammu Kashmir’s accession to Pakistan. They reject nomination papers of all those who do not sign this clause. The so-called elected representatives in AJK-GB do nothing but a compulsory service to keep people quiet against slavery, injustice and exploitation done to them by ruling elite of Pakistan. So we do not consider these elections as a genuine democratic process. These are a mere eye wash and a black spot on the face of democracy.

AM: Does JKLF approve these elections – what has been your party’s stand on it?

TG: We do not approve these [elections]. They do not allow us to participate in these elections. We have submitted nomination papers in past elections but the authorities rejected our papers because we do not sign the accession to Pakistan clause which says that I swear to God that I believe in the ideology of Jammu Kashmir’s accession to Pakistan. We went to courts but we were not even entertained. We boycotted elections and protested but the authorities remained indifferent. So we consider these as a drama and a pressure valve. They claim that they are empowering local people but actually they do not and will never do so. Almost every political party, religious group and sectarian outfits have opened their franchises in AJK-GB. Every decision is made in Pakistan. The franchise holders in AJK-GB cannot do anything. They have to obey their masters. Both, Masters and their servants are corrupt and the result is absolute corruption.

AM: Do you think elections are important and connected more to people’s daily issues than the larger dispute of Kashmir?

TG: I believe that we are a divided nation who, firstly, is striving for its reunification and recognition as a nation and secondly, who demands it’s internationally accepted and pledged right of self-determination. Many people say that these elections are important to deal with day to day problems of people. This is not a valid argument. We have public sector departments to address daily issues of people. Assemblies, everywhere in the world, are formed to do legislation. But in case of AJK-GB these assemblies can only legislate about few subjects and all the main subjects are handled by Councils which are non-elected bodies and governed by Prime Minister of Pakistan. I agree that these elections have nothing to do with the larger dispute of Jammu Kashmir but practically Islamabad uses these governments to propagate its agenda of “Kashmir Baney Ga Pakistan” [Kashmir will become Pakistan] and sensitize masses in favor of Pakistan. We believe that if these elections are only connected to daily issues of people then every State subject has the right to vote freely and to contest elections unconditionally. The practice says it loudly that these elections are used to strengthen the occupation.

AM: How much influence does Pakistan have on these elections, considering AJK-GB is considered officially a separate entity but associated with Pakistan?

TG: 100 percent influence. Security agencies make it damn sure that every elected individual is a proud Pakistani and an obedient servant. It is true that AJK-GB is considered officially a separate entity but more officially it is not.

AM: In Indian Held Kashmir, elections are held for local government and currently the government is formed by a regional party and a Hindu nationalist party from India. Does it have any impact on Pakistan’s side of Kashmir’s politics?

AM: The JKLF is not into ongoing armed rebellion any more. Does the party ever consider fighting elections in AJK-GB?

TG: I don’t think that there is any ongoing armed rebellion now. We are in a different phase of national liberation movement and armed rebellion was one expanse of this whole movement. The JKLF represents resistance against foreign occupation. Our main focus is and will always remain national liberation movement until and unless we achieve national liberation for our nation. There are people in the party who argue in favor of going into these elections but majority is not in favor of taking part into this fraud. If they remove the accession to Pakistan clause from nominations papers then we can go in these elections just to avoid any isolation during this process.

AM: How much power does an AJK-GB government, elected by people, have on the region’s wider political and economic issues?

TG: According to the so-called Act 74 of AJK and GB Empowerment and Self Governance Ordinance 2009, these governments do not have the mandate to even think about these issues, leave aside creating an impact on region’s wider political and economic issues. These governments cannot appoint judges of high courts without prior approval from Islamabad. AJK government does not have any say even on cross LoC trade. We do not qualify to open our mouths on region’s wider political and economic issues.

AM: With China’s role in developing Pakistan and GB being part of the plan, does elections mean anything to that plan (as in CPEC)?

TG: Establishment in Islamabad is trying to use the government and other Pakistani political parties in GB to discrete GB from disputed Jammu Kashmir State. They believe that with the annexation of GB, the CPEC will become secure and they will swim in pools of profits. So they are using both, the rhetoric of national interest and repressive measures, to shut all those mouths who oppose their agenda. In this situation these elections can also have some serious negative effects on Kashmir issue.