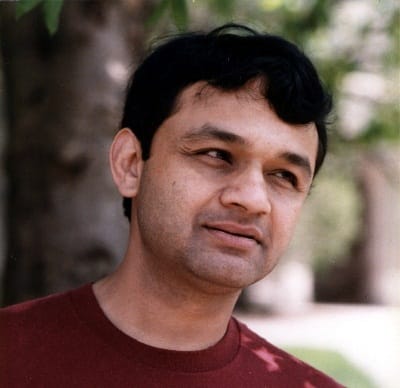 Tomorrow is December 8, 2012. Eleven years ago on the same day one of the finest English poets, Agha Shahid Ali passed away. Shahid was a Kashmiri-American poet. He wrote,

“[…] and I follow him through blood on the road

and hundreds of pairs of shoes the mourners

left behind, as they ran from the funeral,

victims of the firing. From windows we hear

The monument of poetry he build remains there forever. Written words are never lost. They remain to live forever. Writing is such craft and skill which if one learns can fuel revolutions. It has done so in history. Poetry is a form of writing where the poet can express the most complicated thing in a simple way and can complicate the most simple thing too. The one who understands the poet, lives with the poet. It is thus Shahid, who brought Kashmir to the English poetry.

Kashmir is asserted as the ‘integral part of India’ by the Indian government. The valley has been reverberating with protests ever since it became a dispute in 1947. Where does a poet find tranquility here? Poetry is sacred. It is a poet’s very personal space where he engages with multiple layers of his various selves. Poetry is a subtle ground of psychomachia where the polarities of a persona debate, battle and confront each other. Perhaps, the solution is the verse- the judgement of the fierce struggle.  Poetry is always political, always a conscious assertion of some abstract philosophy that defines the concrete in real life. It is a world beyond this world formed by and against it.

Now the generation, born during the start of an armed movement in Kashmir, has recognized that the ways of dissent and protest have to be in every form. Youth are writing poetry to express a day being under curfew, killing of a friend, or just whatever they see around. Life is caged, it always was. Voice is strangulated, it always was. When a whole nation, which was independent once, is told a lie again and again, they are bound to rebel. This rebellion finds its way, like the water does, in everything. Every single form of expression from Kashmir has pain and agony in it. The pain has lived there for long now.

A month ago, The Kashmir Walla, invited youth of Kashmir to send their poetry and what inspires them to write, so that we can show to world what are Kashmir’s youth saying. The youth are trumps. We have always given platform to youth, not only from Kashmir, but from any corner of world. We will continue to do so. Here we are celebrating Agha Shahid Ali, The Beloved Witness- while introducing other “Shahid’s” (witnesses). The torch has to go to next generation. Here we show some of the faces from that generation. There are several more out there. We present a few.

And we remember Shahid who left us, not before telling us,

“We shall meet again, in Srinagar,

by the gates of the Villa of Peace,

our hands blossoming into fists

till the soldiers return the keys