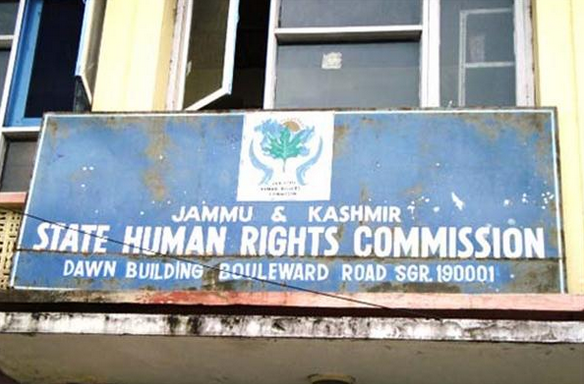 The commission has also asked Deputy Mayor to file his reply by Dec 26 this month.

The Commission as per a statement issued , has taken Suo Motto cognizance regarding a news story “Deputy Mayor’s remarks at CD Hospital trigger outrage”, observing that “some disturbing press reports have appeared and even a video is circulating on the social media about Deputy Mayor’s visit in hospital in Srinagar.”

It was further observed that “it is well settled that exercising powers by any authority which are not available to him in law amount to breaking of rule of law and as such violation of Human Rights.”

“The reports prima facie suggest that Deputy Mayor’s remarks/comments were humiliating to members of very respectable and notable profession,” the commission said.

Taking cognizance of the matter, the Commission issued notice to Deputy Mayor, Municipal Corporation, Srinagar to file his reply by 26th of December, 2018.

On Tuesday Deputy Mayor Sheikh Imran had misbehaved with the doctors on duty in CD hospital in Srinagar.

His abusive behavior  had been vehemently condemned by social media users in Kashmir.( with inputs from KNS)