Dy mayor has no authority to insult anyone: KEA 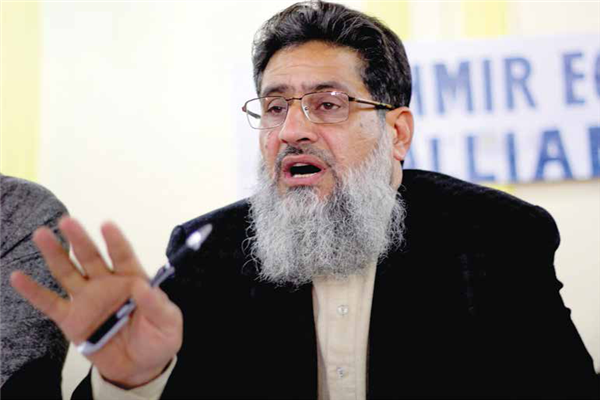 Srinagar: The Kashmir Economic Alliance President  Muhammad Yasin Khan has condemned the “abusive publicity of stunts” of the Deputy Mayor of Srinagar Municipal Corporation Sheikh Imran whereby he misbehaved with a team of doctors at a government hospital in the Srinagar.

In a statement, a spokesman of the KEA said it was unfortunate that instead of concentrating on his basic duty of keeping Srinagar neat and clean, the Dy Mayor was crossing all limits for sake of publicity.

The spokesman said the language as used by the Dy Mayor against the doctors as seen in the video clip was highly derogatory and condemnable and sought unconditional apology from him.

“By which authority was he insulting any individual for that matter? No doubts doctors need to improve in accordance with the aspirations of the patients in particular and health care in general but abusing anyone, be it anyone linked to any job, is not just tolerable,” the KEA spokesman said.

“Taking video with commuters in buses, poking nose into hospital affairs is not the job of SMC people. The incident has shocked the entire Kashmiri society,” spokesman said.

The spokesman said just to give a rosy picture of politics in the Valley, the Raj Bhawan was giving a free hand to such political dramas.

“Such misbehavior and misconduct is simply intolerable and we hope that the Raj Bhawan will tame such forces who are taking Kashmir for granted for nothing but publicity and to keep their masters happy. (KNS)