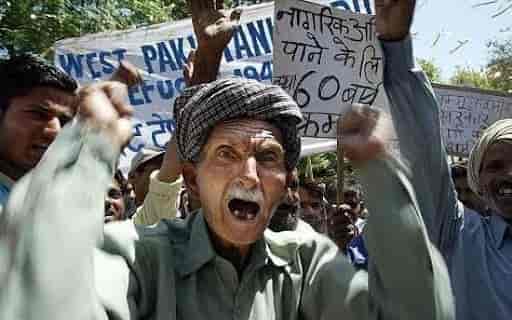 The recipients of the Domicile Certificates included those sections of the society who were residing in J&K for the last more than 70 years but were deprived of their legitimate citizenship rights. They included West Pakistani refugees, people belonging to the downtrodden sections such as the Balmiki Samaj, Gorkhas and others from R S Pura, Bishnah, Bahu, Jammu South and several other parts of Jammu. Many senior citizens also participated in the camp.

Later, the Divisional Commissioner, while speaking on the occasion, said that with the distribution of Domicile certificates the long pending demand of the public have been fulfilled. People who were living in Jammu and Kashmir for last many years but were deprived of citizenship rights now have equal rights as other citizens of Jammu and Kashmir.

Under the Domicile Rules all those persons and their children who have resided for 15 years in Jammu and Kashmir or have studied for seven years and appeared in class 10th or 12th examination in an educational institution in the UT are eligible for grant of domicile. Children of Central Government officials, All India service Officers, officials of PSUs and Autonomous body of Central Government, Public Sector Banks, Officials of Statutory bodies, Officials of Central Universities and recognized research institutes of the Central Government, who have served in the Union territory of Jammu of Kashmir for a total period of ten years will also be eligible for Domicile status in the UT. Besides, all those migrants and their children who are registered with Relief and Rehabilitation Commissioner will be granted Domicile certificate. Children of those residents of Jammu and Kashmir who reside outside the Union territory in connection with their employment of business or other professional or vocational reasons have become eligible for grant of domicile status.

West Pakistan Refugees (WPRs), Safai Karamcharis and Children of Women married outside Jammu and Kashmir who were earlier deprived are also eligible for Domicile Certificate. West Pakistani Refugees were part of the Parliamentary electoral roll but not of the erstwhile state electoral roll. They will now be covered under the 15 year residence rule or their children under the 7 year/ class 10/12 rule.