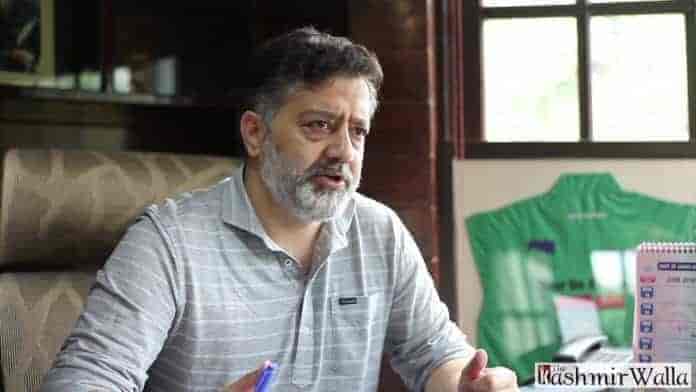 The disgruntled PDP leaders have not regret for criticizing the party leaders instead want alternative to family rule.

At least six PDP leaders including five MLAs and one MLC have openly revolted against party leadership. Some of them have accused Mehbooba, responsible for the fall of the PDP-BJP government and bringing relatives into the party.

However, few among them met Mehbooba Mufti since her return from New Delhi to resolve the differences.

The PDP Thursday said that it has removed legislator Yasir Reshi as the party’s district president for Bandipora, cracking the whip on leaders who had publicly criticised PDP chief Mehbooba Mufti.

In a statement, the PDP said Baramulla district president Irshad Ahmad Kar will look after the party affairs of Bandipora district for the time being.
Yasir has supported his party colleagues to seek an alternative to the traditional family rule in Jammu and Kashmir.

In a statement, Reshi said that he was in complete conformity with the views expressed recently by “my esteemed colleagues, to find an alternative to the traditional two-family system”.

Talking to KNS, Reshi said that he did not say anything wrong against the party.
“There has to be a democracy in the party, which is my demand. Senior leaders like Muzafar Beigh, Qazi Afzal, Dilawar Mir have been sidelined. I said that family rule has to be ended in the party,” he said.

Imran Ansari said that he was not invited by the party to meet Mehbooba. “I did not receive any invitation. Let them take action whatever they want,” Imran told KNS.
He said that he has not decided whether to join any other party if he is sacked from the party.

Imran, the former IT and Higher Education Minister has said, “PDP and the government had off late been reduced to a family opera where the brothers, the uncles, the aunties and other relatives would play protagonist and to continue with such a party was not only useless but a humiliation too.”

Abid said, “I have been invited several times but I did not go to meet Mehbooba. I will not go… Let them expel me it won’t make any difference.”