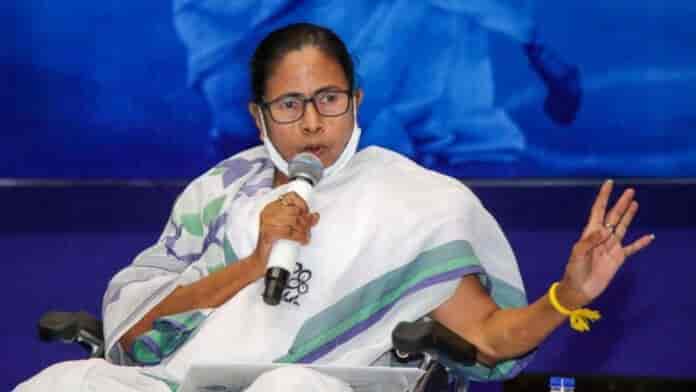 Mamata Banerjee on Sunday lost in a cliffhanger in Nandigram to the BJP’s Suvendu Adhikari, her former right-hand man.

“I accept the verdict in Nandigram – it is not a big deal. Don’t worry,” said the Chief Minister, declaring, however, that she would approach the court over “mischief”, reported NDTV.

The Bengal Chief Minister trailed Suvendu Adhikari in the early rounds of counting, which dimmed her party’s euphoria at a spectacular election victory in Bengal, NDTV reported. The counting was trending through the day saw, Banerjee and Adhikari alternately leading in different rounds, by margins ranging from six to 12,000.

In 2011, Adhikari was by Banerjee’s side as she campaigned for farmers’ land rights. He became an MLA in the constituency and for years, the Adhikari family had a firm grip over Nandigram. But in this election, he was weaponized by the BJP against the Chief Minister, who was pitched as an “outsider” in Nandigram.

Stung by Adhikari’s betrayal, Banerjee decided to take the fight straight to his stronghold to prove a point. She gave up her constituency Bhowanipore in Kolkata.

It is while campaigning in Nandigram that the 66-year-old Chief Minister suffered a leg injury; she accused the BJP of a role in the incident, in which her leg was allegedly crushed by her car door by the press of a large crowd. For the rest of the campaign, she was in a wheelchair, taking on the collective might of Prime Minister Narendra Modi, Union Home Minister Amit Shah and multiple BJP leaders from outside.

Previous articleAddress me as Sir, ‘Lord’ is Allah only: Judicial Magistrate to lawyers in north Kashmir
Next articleCovid 2nd wave: J-K govt extends closure of educational institutes till 31 May