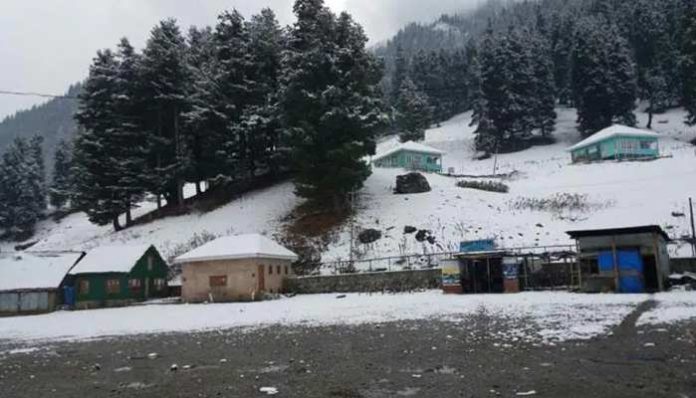 Despite a High Court ban on construction in Sonmarg health resort, the Chairman of BOCA, Deputy Commissioner Ganderbal, convened a meeting on November 29, 2022 and made certain decisions regarding the construction and restoration of several buildings.

According to an official letter, of which a copy is available with The Kashmiriyat, On 30 November 2022, the Regional Director of Environment & Remote Sensing raised his concerns in a letter to the CEO of Sonmarg Development Authority, who is also the member secretary of BOCA. Earlier in the meeting, he had dispatched a subordinate officer.

Merely one day later, the Chief Town Planner of Kashmir wrote a letter to CEO Sonmarg Development Authority, who is the member secretary of BOCA, asking for all decisions taken on 29 November 2022 to be put on hold. Similarly, after the objection, CEO Sonmarg Development Authority wrote a letter to Deputy Commissioner Ganderbal asking for the decisions taken only one day earlier to be kept on hold.

He stated in his letter that it would be unwise for him to take any more action in this situation until the objections highlighted were addressed.

On November 29, 2022, Deputy Commissioner Ganderbal, as Chairman of BOCA, conducted a meeting, while the Chief Town Planner of Kashmir and the Department of Ecology and Environment expressed objections.

Both Directors of Ecology and Environment along with Chief Town Planner of Kashmir were not present in the same meeting.

The Jammu Kashmir High Court had in 2017 directed the authorities to ensure that no construction is carried out within the peripheries of Sonamarg tourist resort till further orders from this court and also sought map of the area which falls under Sonamarg Development Authority.

“We have noticed that constructions are taking place in Sonamarg. We direct that no construction shall be carried out till further orders”, HC directed.

The orders have been passed in a petition on illegal construction on the banks of river Sindh. The petition was filed by an advocate and court has observed that in wake of alarming condition of Sonamarg the instant petition is treated as Suo moto proceedings taken by the court in order to save the resort before it become a concrete jungle.