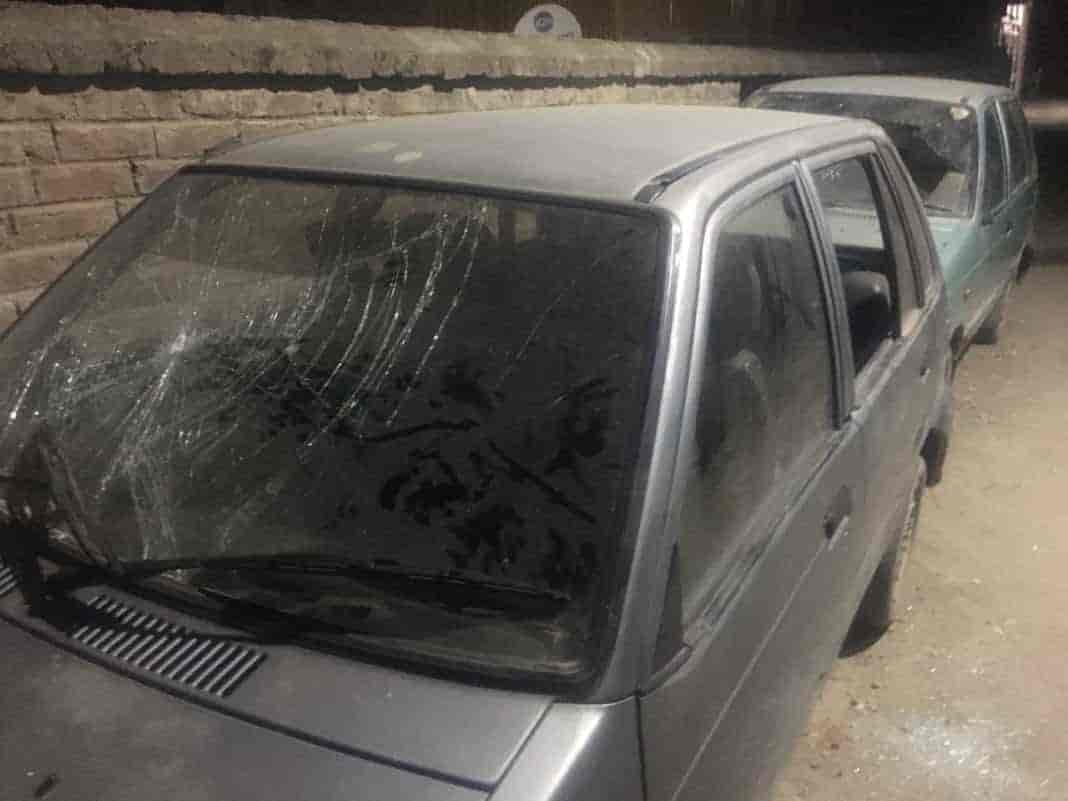 Soura area in the outskirts of Srinagar has seen an eruption of clashes for the last three days. Following the protestors, CRPF entered the residential colonies of Soura and vandalised civilian properties around 8 pm today.

While talking to The Kashmir Walla, an eye-witness said, “There were clashes on the main road, suddenly the CRPF entered the interior residential areas and resorted to breaking window panes and vandalised two cars, despite there being no provocation from the residents whose property was vandalised.”

One of the vandalised cars belongs to a journalist.

A 24-year-old youth was injured critically in government forces action at Soura area of Srinagar district 16 June. The youth is still in a critical condition.