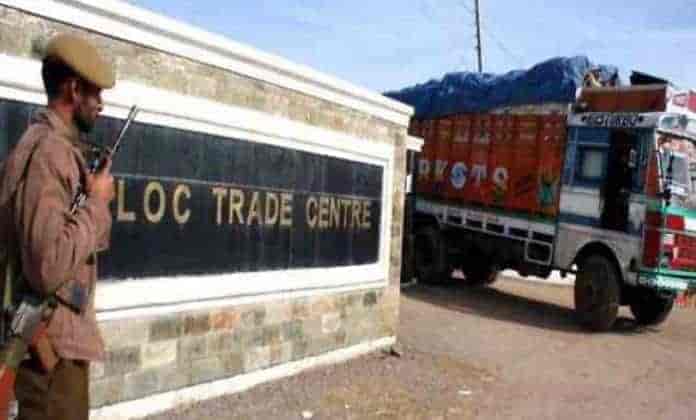 Ten years on, the Cross-LoC (Line of Control) trade is dying a slow death in Jammu and Kashmir.

From reducing substantially in the approved tradable items to a cumbersome barter trading system, the Cross-LoC trade is showing signs of stagnation sending shivers through the traders community across J&K.
Started in October 2008, the Cross-LoC trade was considered as the mother of all confidence-building measures (CBMs) between India and Pakistan. However, the trade could not grow beyond the barter system. Lack of efficient banking and communication facilities added to the woes of the traders.

“It is unfortunate that one of the most important Confidence Building Measures initiated by the then Prime Ministers of India and Pakistan ten years ago, was dying a slow death due to the absence of proper follow-up action,” said Rakesh Gupta, president of Jammu Chamber of Commerce and Industry (JCCI).

There are two Cross LoC routes — Srinagar-Muzaffarabad route in Kashmir valley and Poonch-Rawalakote route in Jammu division — which are being used to ferry goods between J&K and Pakistan administered Kashmir (PaK). More than 600 traders are registered for the cross LoC trade and 21 items are on the approved export and import list from both routes.

“Only five to six items on the list are now being traded. These include fresh fruits, dry fruits, and herbs. Species are in the export list but not import. Five per cent GST is imposed on the items to be exported and 12 per cent is levied on the imports, which is not matching. Plus if one item is stopped from this side, the other side stops another. For example, they suspended coconut from this side temporarily and the other side, as a result, stopped sending pulses,” Pawan Anand, president, Cross-LOC Trade, Chakan Da Bagh, Poonch.

According to the figures released by the Cross-LoC Trade Union, goods worth Rs 6,700 crore have been traded between the two sides from Srinagar-Muzaffarabad road since 2008-09. “It is a barter trade. There is no banking system. We have been saying for the last ten years that there should be an increase in the number of trading items. Instead, they are deleting existing items from the list,” said Hilal A Turkey, chairman, Cross-LOC Trade, Uri.

What has complicated the problem is that the trade delegation from Kashmir has not been allowed to travel to PaK for trade talks. “Business delegation from PaK has visited this side thrice but we were not allowed. Both the countries had significantly moved forward with regard to the Kartarpur-Amritsar Corridor, no such forward movement was visible in the case of our State,” Gupta said. (KNS)