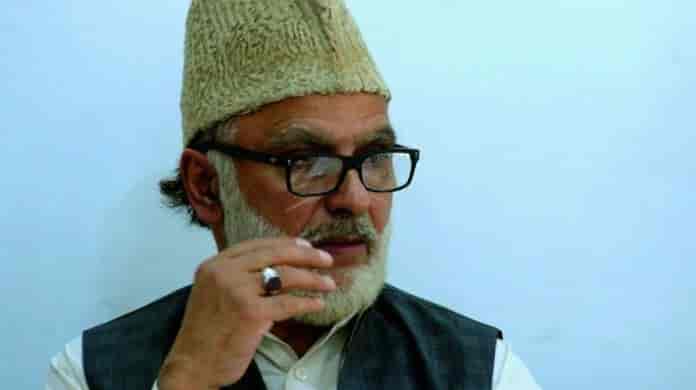 Srinagar: At least 28 army and paramilitary personnel besides a senior National Conference leader Ali Mohammad Sagar were among 154 new covid-19 cases reported from Jammu and Kashmir on Thursday. The cases which also include five service providers take the overall tally of the covid-19 cases in J&K to 7850.

Sources said while 20 cases are from Jammu Division, bulk, 134 are from Kashmir Valley. Mr. Sagar’s son took to Twitter to confirm that his father along with four other family members have tested positive.

Salman Sagar, his son, wrote, “It is requested to all my friends and well wishers to pray for my family as 4 of our family members tested positive for COVID’19 today including my father. Do remember in prayers & May allah keep all of us under his protection ( Aameen).”

Giving the district wise details of the news cases, officials said that 51 were reported from Srinagar followed by Baramulla 19, Anantnag 17, Kulgam 15, Budgam 12, Pulwama 10, Ganderbal 7, Doda 6, Samba 5, four each in Jammu and Udhampur, Bandipora 2 and Ramban 1.

Of all the cases, 65 were confirmed at SKIMS, CD and SKIMS Bemina laboratories besides others.

Dr. G H Yatoo, Nodal Officer Coronavirus Control Measures at SKIMS Soura told GNS that out of the 2569 samples were processed at the viral diagnostic laboratory of the hospital, 65 returned positive for the virus.

Professor Farooq Jan, Medical Superintendent SKIMS Soura, told GNS that 16 each of them are from Anantnag and Srinagar, 13 from Kulgam, eight from Rashtriya Rifles and CRPF, two each from Pulwama, Ganderbal and Budgam besides one each from Kupwara, Shopian, Bandipora, Baramulla, Udhampur and Jammu.

The two cases from Pulwama include male (48) from Tral  and male from Washbugh while Budgam cases include female (40) from Magam and female (27) from Budgam. The Kupwara case include male (21) from Handwara, that of Shopian: male (20) from Rawalpora while two cases from Ganderbal include male (27) from Woyil and male (65) from Alastang  while Bandipora cases is female (50) from Mader Bandipora, one from Udhampur—male (41) from Udhampur , Jammu one is male (29), Baramulla one— female (29) from Sopore.

Dr Riyaz Untoo, Principal SKIMS Bemina, told GNS that out of  503 samples processed at the hospital’s lab, 27 tested positive for COVID-19— 23 from Budgam and 12 from Srinagar.

Meanwhile, 118 more COVID-19 patients have recovered and were discharged from various hospitals—38 from Jammu Division and 80 from Kashmir. (GNS)