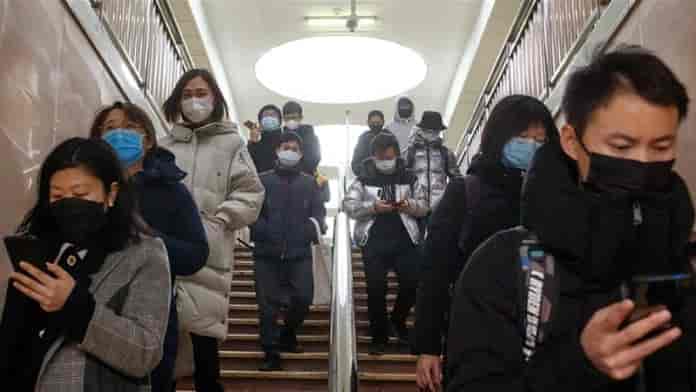 Srinagar: Even as the authorities established enough check points to screen all the entrants to the Valley, a large number of non-locals as well as the locals from Kashmir here have managed to reach Valley without any screening, thus posing risk to the lives of many people across Kashmir.

However, the officials in the health department said that not even a single person is being allowed to enter Valley without screening.

Sources said that although the team of health department and police have been checking and inquiring the visitors and tourists about their travel history, but there are hundreds who have managed to enter Valley without any screening.

“Many of the people including non-locals have managed to enter valley without any screening,” sources said, adding that it is posing serious threat to the lives of many people living in Kashmir.

A Railway official also confirmed that hundreds of locals and non-locals are being let go without any screening.

The labourers who recently visited Kashmir told that they don’t know which route their driver used to reach Valley, but they were not screened at any placed till they reached Kashmir.

Like these labourers, many others have entered Valley and missed the screening, said an official of health department.

Director Health Services Kashmir (DHSK), Dr Samir Matoo said that “we have blocked all alternative routes and aren’t allowing any one to enter Kashmir without proper screening.”

On asking that many labourers have said that they reached here without any screening, he said that the people might be telling lie. “We have set up check points both at railway stop Banihal as well on Srinagar-Jammu highway and won’t allow anyone to enter Valley without going through screening,” he said. (KNO)

Previous articlePakistan will continue to foment militancy in Jammu and Kashmir: DGP
Next articleIn Kashmir, a militant for six days