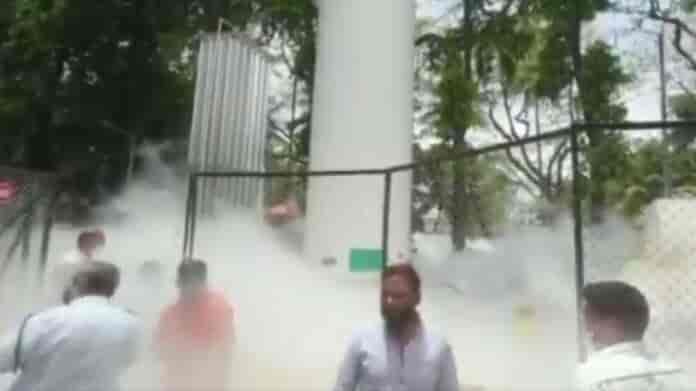 In a tragic incident, twenty-two COVID-19 patients died today due to lack of oxygen in Nashik after an oxygen tanker leaked outside a hospital in Maharashtra city causing oxygen supply to be halted for around 30 minutes, NDTV reported.

“As per current information, 22 people have died due to the interrupted supply of oxygen at the Zakir Hussain municipal hospital,” district collector Suraj Mandhare told NDTV.

All the victims were on ventilators and in need of constant oxygen supply. Zakir Hussain Hospital is a Covid-dedicated facility. Around 150 patients were either oxygen-dependent or on ventilators.

Maharashtra Health Minister Rajesh Tope promised the government will look into the matter and conduct a thorough probe.

“As per the information available with us, patients who were on ventilators at the hospital in Nashik have died. The leakage was spotted at the oxygen tank which was supplying oxygen to these patients. The interrupted supply could be linked to the deaths of the patients in the hospital,” Tope told the National news channel.

“We will issue a statement later after the investigation is over,” he added.

Around 31 patients out of 80 who need oxygen have been shifted to other hospitals.