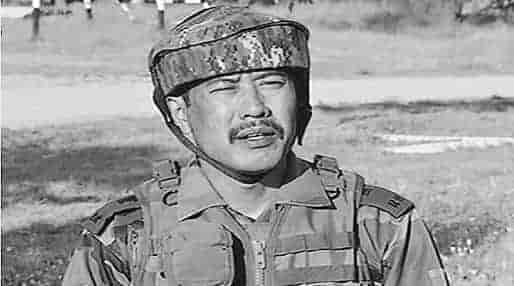 Major Gogoi who is posted at Beerwah 53 Army camp along with a Budgam girl and Sameer Malla were briefly detained by police after they entered into an altercation with hotel staff when the later refused to provide a room to Major along with a local girl.

International Forum for Justice Human Rights JK Chairman Muhammad Ahsan Untoo who had prayed that directions be given to non-applicants to furnish a report with respect to the case.

The petitioner had prayed that the action of the Army Major has offended the sentiments of common people in Kashmir. “Army Major had brought the girl to the hotel with ulterior motives and in this plan, he was assisted by one Sameer Malla. It was shameful to see the accused Major and his associate being let off by concerned police. This conduct speaks volumes and shows they are not interested to probe the matter seriously,” reads the petition.

Taking cognizance of the petition, the court directed SSP Srinagar, SP North and SHO Police Station Khanyar to appear before it and explain on what basis they have not lodged an FIR against the accused.

The case has been listed for next hearing on May 30 this month. (CNS)