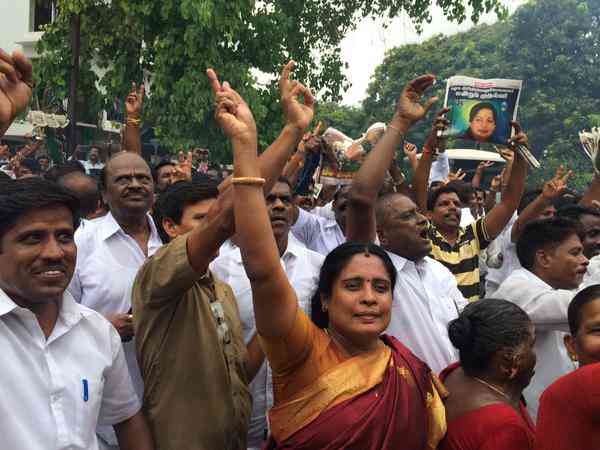 In September last year, she was forced to stand down as chief minister of the state after being found guilty of amassing unaccounted wealth of Rs. 54 crore outside her known sources of income during her first term in office. The special court in Bengaluru had sentenced her and three others to four years in jail and imposed a heavy fine of Rs. 100 crore on Jayalalithaa and Rs. 10 crore each on three others.

Today, the court was hearing an appeal filed by the four accused who were convicted by special court. According to reports, Judge Kumaraswamy has not given any reason for the acquittal and declared her not guilty in a matter of seconds.

The news of Jayalalitha’s acquittal has sent her supporters into celebrations who were seen bursting crackers and distributing sweets. Others expressed their dismay on the verdict on Twitter.

No place to stand. Aiadmk workers dancing on the streets outside Jaya Residence. @ibnlive #JayaVerdict pic.twitter.com/dxQ8c3O2L2

#JayaVerdict Jayalalithaa will return as CM. So, O. Panneerselvam is free to stand in for Salman Khan in his movies.