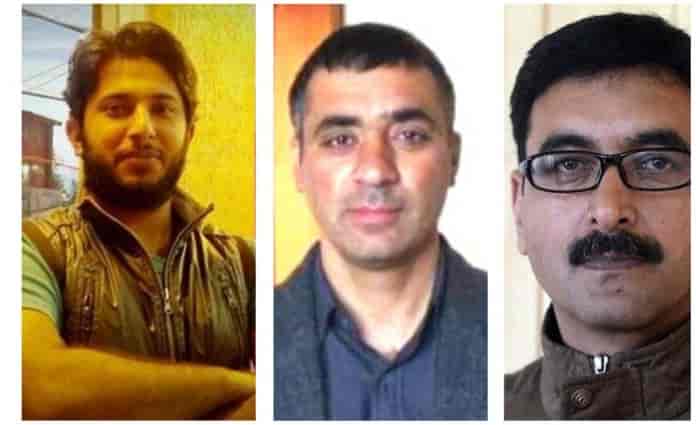 A joint statement issued by seven scribe bodies of Kashmir said that the raids by police and paramilitary forces carried out at the respective residences of these journalists is a stark reflection of how authorities in Jammu and Kashmir are targeting journalists.

All of them have worked with reputed media organisations including national and international organisations and continue to do so.

The statement said, “It is highly unfortunate to witness that the police authorities carried out these raids at their residences Wednesday early morning. According to the eye-witnesses, the forces laid, what appeared to them, a massive cordon in the localities of their respective residences Wednesday morning.”

According to family members, mobile phones, laptops and other gadgets of the journalists and their family members have been seized.

It further said journalists in Kashmir are working amidst immense pressure, especially since the last three decades. Many of our colleagues have lost their lives or sustained injuries while discharging their professional duties.

The Kashmir journalist bodies in the statement added, “For the last few years the pressure on the journalists in Kashmir has mounted to unprecedented levels with dozens of incidents of attacks, harassment and intimidation by authorities that our colleagues have reported.”

Several journalists, especially for the last two years, were summoned, questioned and even booked under controversial laws while many were even asked to reveal their sources, it added.

It said that the cases of harassment against Kashmiri journalists are growing with each passing day and no words are enough to indicate the levels of strain the media is facing.

The assault on freedom of press in Kashmir continues and it appears condemnations made in each case by media groups have fallen on deaf ears in absence of any respite, it concluded.