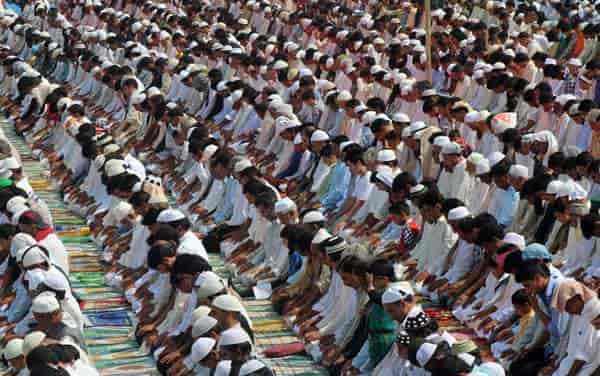 “Beware, do not stray from the path of righteousness after I am gone. O, people, no prophet or apostle will come after me and no new faith will be born. Reason well, therefore O people and understand words which I convey to you. I leave behind me two things, the Quran and my example, the Sunnah and if you follow these you will never go astray.” – Sahih al Bukhari (The last sermon of our beloved Prophet Muhammad (pbuh)

[O]ur unrelenting society of Kashmir has yet again succumbed to the Bidda’h (innovations) and an-harafat (deviations) of our religion. The onslaught of the rapist dervish is not the end of our miseries, this vicious cycle of the faith-healers has existed from times immemorial and it will not cease to exist. It will perpetuate silently in our valley, it has sustained with such an ease in the past that it is almost next to impossible to eradicate this plague from our society now.

The sectarian divide of the major Sufism followers and the non-Sufism followers has not only been the talk of the town but it has attracted the attention of the parties with vested interests. They are hell bent on defending this sect in the valley, come what may. I have heard people talk of Sufism as if it were directly ordained from Allah and the prophet and they speak of it more than they speak of Islam itself. For someone like me, a layman, a Sufi is someone who loves Allah and the prophet more than he loves himself and strives day and night in prayers.

Every sect has certain fundamentals that may or may not be followed but remain inalienable nevertheless. More often than not, most of us do not know what the fundamentals of Sufism are. Sufism for one strongly propagates the knowledge of the unseen, Ilm-al ghaib, that apparently only Allah knows and a Sufi wishes to seek this knowledge under the pretext of getting close to Allah and the prophet. This is clearly a deviation if not an innovation. Seeking the knowledge of the unseen will deviate any person from the righteous path.

The second fundamental of Sufism is the mysticism, and the most abominable is the saying that Allah dwells and is incarnate within His creation (Huloool) and the saying that everything in existence is in reality Allah (wahdatul-wujood). Sufi Muslims believe in mysticism and a lot of it is prevalent in the urban and rural areas of Kashmir. We call them “Fanna fillah’s” or “khoda dos”. I have seen a couple of them myself and I have always been unable to understand if these people are unable to perform their daily worldly tasks or the obligatory religious tasks how on earth is it possible for us to believe that they carry something with them that we don’t or that they are better than us. I have nothing against them but giving them a ‘darjah’ of someone carrying some kind of intercessory power is but a farce. These faith healers have taken everybody for a ride, they have claimed to be learned and have spread this epidemic especially in the rural areas where the innocent uneducated women and men fall prey to their honey dripping quotes that they mis quote from the Quran and the Sunnah.

Then it is a fact that all sects of the Sufis have gone beyond bounds in veneration of their shaykhs and in complete submission of the follower (mureed) to his teacher (shaykh); to the point that the follower gives full and unrestricted obedience to his shaykh, not showing the slightest resistance, so that he becomes like a dead body beneath the hand of the person washing it.

The soothsayers and the faith healers will screw up your soul further by providing you amulets and talismans which again leads to shirk and kufr. These Sufi peers will claim to walk on coals, talk with supernatural, boast of miracles. It’s simple the more they boast the more wicked and wretched they are and the more they are deviated from Islam. There is no such thing as Peer and his mureed in Islam, our Prophet never advocated it nor propagated it.

Yet another Sufi trait is that of, Zuhd (Abstemiousness) “Monkery” (rahbaaniyyah) which has been forbidden by Islam. A person would live in a cave as a hermit, pray day and night but his body would give away and he would die of starvation. Suicide is a major crime in Islam. The worshippers amongst the Muslims used to turn all their attention to avoidance of the worldly life and to cutting themselves off in order to worship. This first began in the lifetime of the Prophet when some of the Companions decided to spend the night striving in Prayer and abandoning sleep. Others decided to fast every day without fail. Others decided to cease having marital relations with women. So when that reached the Prophet, he said:

What is wrong with people who say such and such. But rather I fast and I refrain from fasting, I pray and sleep, and I marry women. So whoever turns away from my Sunnah, then he is not from me  – reported by Al-Bukhaaree and Muslim

I as a regular Muslim am confused about people who give up all the pleasures for Allah, commit an intentional suicide. I am confused because I don’t know where to put it.

According to me a Sufi is foolish if he believes that renouncing the world, giving up on food and water and living as a hermit to pray day and night, will guarantee him jannah. He is arrogant because he wishes to be better than our prophet who neither gave up on the worldly affairs nor lived as a hermit throughout his life.

Why have we complicated our religion so much that the Quran and the Sunnah seem to be more complicated than the sects themselves?