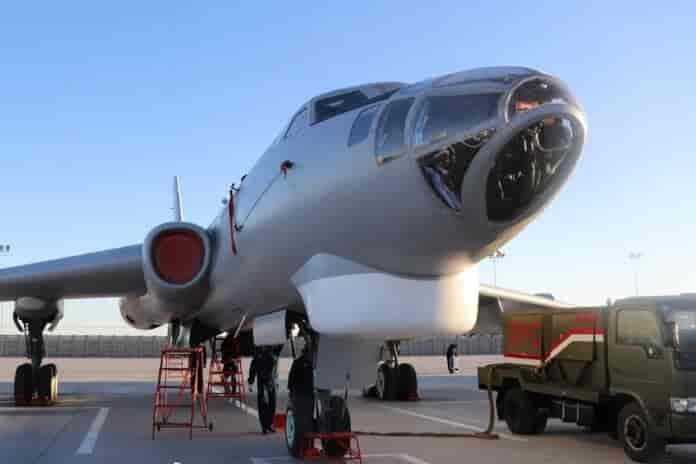 In photographs published on Tuesday on an official social media account of the People’s Liberation Army’s Central Theatre Command, at least three Xian H-6 bombers and a Xian Y-20 airlifter were shown at an airfield thought to be in the Tibet autonomous region, reported South China Morning Post.

The newspaper reported that China appears to have deployed strategic bombers close to its border with India amid ongoing skirmishes between the two countries.

The captions accompanying the images on Weibo – China’s Twitter-like platform – said ground crews had been stationed at a “high-altitude” base on a “plateau” – a description normally associated with Tibet. They had been tasked with maintaining and refuelling the aircraft, the captions said.

The newspaper report identified the aircraft that can be identified from the images as H-6H bombers, which have a combat range of 2,500km (1,550 miles) and can carry heavy air-to-ground or anti-ship cruise missiles.

Meanwhile, on Wednesday, a brigade from the 77th Group Army under the PLA’s Western Theatre Command said they had taken part in a live-fire air-defence exercise in a “northwestern desert” – a phrase often used to refer to Xinjiang, the far western Chinese region close to its border with India’s Ladakh, where the dispute is taking place.

China and India have been locked in a border dispute since May. In June, at least 20 Indian troopers were killed in clashes between the two sides. China did not acknowledge losing any of its troops in the skirmishes.

China’s H-6 bomber series is based on the former Soviet Union’s twin-engined strategic bomber Tu-16, which was built in the 1950s. The latest version – the H6-N – made its first public appearance at China’s National Day parade in October last year, the newspaper reported.