China wants to do something with Pakistan in Kashmir: Rahul Gandhi 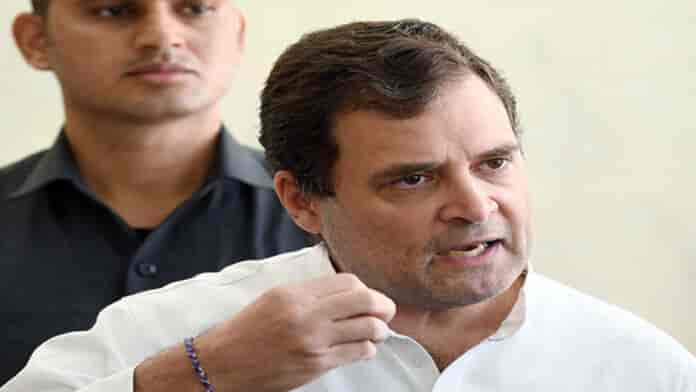 Former Indian National Congress leader, Rahul Gandhi on Monday said that “China is disturbed by the [construction of the] highway in Ladakh and wants to do something with Pakistan in Kashmir”.

In his latest video on the issues that the country is facing, Mr. Gandhi said, “At the tactical level, they (China) are trying to improve their position whether it’s Galwan, Demchok or the Pangong Lake. They are disturbed by our highway, they want to make our highway redundant. And if they are thinking larger scale, they want to do something with Pakistan in Kashmir,” he was quoted as saying by NDTV.

In the nearly two-minute video, shared two days after the Congress leader said India will pay a “huge price because of the government’s cowardly actions”, Mr. Gandhi is heard talking about China’s “strategy to restructure the planet”.

“Chinese don’t do anything without thinking about a strategy. In their mind, they have mapped out a world and they are now trying to shape the world… that’s what the scale of what they are doing. That’s what Gwadar is, that’s what Belt and Road is. It’s the restructuring of the planet,” Mr. Gandhi said today.

The tensions between India and China cannot simply be defined as “a border issue”, Mr. Gandhi is heard saying in the clip as he stresses: “It’s a border issue designed to put pressure on the Prime Minister and they are trying to attack his image.”

“They understand that in order for Narendra Modi to be an effective politician, he has to protect the idea of 56 inch (chest) and this is the idea that Chinese are attacking. They are basically telling Mr. Narendra Modi that ‘if you do not say what we are saying we will destroy the idea of the Mr Narendra Modi as a strong leader’,” he said.

“Now the question is how will he (the Prime Minister) react… will he say I will take you on and say “I am the PM. I do not care about my image”…or he will succumb. The worry I have is that PM has succumbed… that the Chinese are sitting in our territory today and PM has publicly said that they are not. To me, it indicates that he is worried about his image. If he allows the Chinese to understand that they can manipulate him, the Indian Prime Minister will no longer be working for the country,” he further said in the clip.