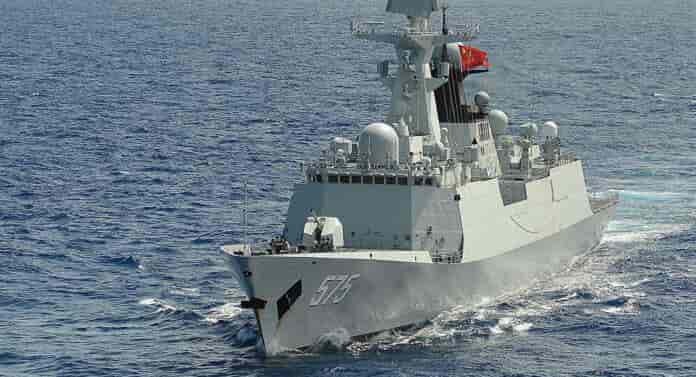 China has launched a second advanced warship — a Type-054 Class Frigate — for Pakistan, the Islamic Republic’s Navy said in a statement.

The warship, which has been constructed by China, is the country’s most advanced frigate, according to a report by China’s state-backed publication, Global Times.

The new version has a “better defence capability and is equipped with an improved radar system and a larger amount of missiles with a longer range”, the report quoted Zhang Junshe, a senior research fellow at the PLA Naval Military Studies Research Institute, as saying.

The launching ceremony was held at the Hudong Zhonghua Shipyard in China’s Shanghai.

Addressing the ceremony, Commodore Humayun said the addition of the new warships to the Pakistan Navy’s fleet would “significantly enhance Pakistan’s maritime defence and deterrence capabilities”.

According to the statement, the warships will be “one of the most technologically advanced surface platforms of Pakistan Navy’s fleet, fitted with the latest surface, subsurface and anti-air weapon systems”.

They will also be fitted with a “range of electronic warfare, air and surface surveillance and acoustic sensors integrated through state of the art Combat Management System”.