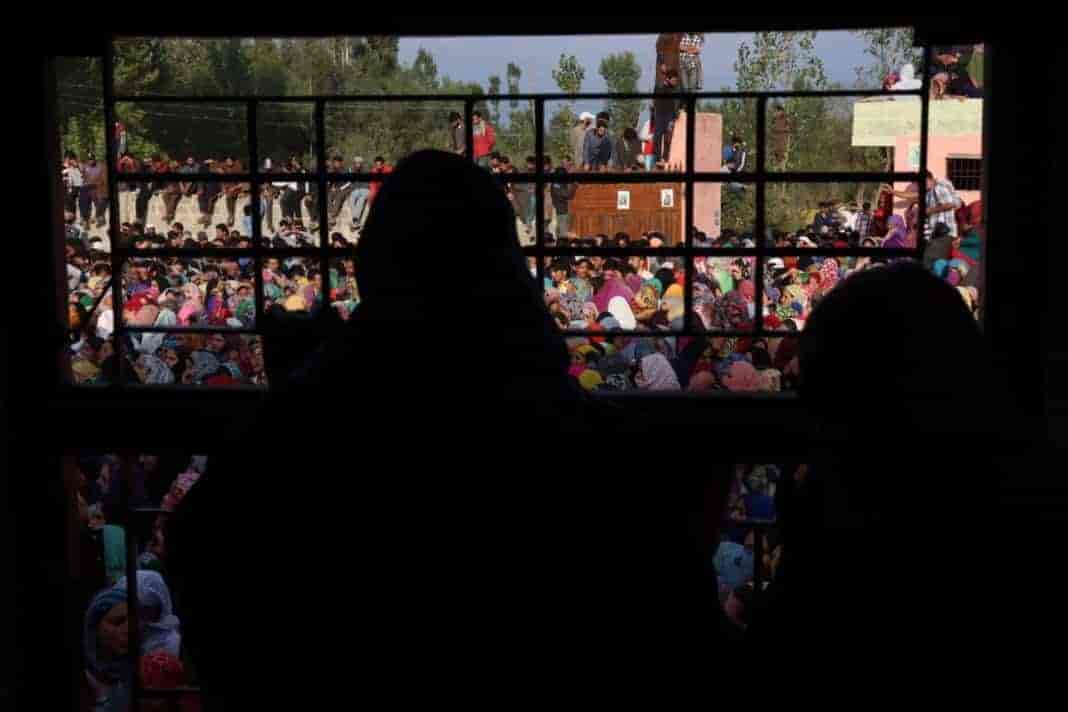 Neutrality cannot be always in favor of justice. Neutrality seem to be over-rated in the contemporary world which is divided into the structural binary of dominant and dominated, powerful and powerless, occupant and occupied. One of the Civil Rights Groups in India People’s Union for Democratic Rights (PUDR) has appealed the militant groups in Kashmir to ‘adhere to humanitarian norms’ and at the same time it has also demanded that State forces should not ‘violate the fundamental rights of citizens’. It came as a reaction to the recent incident when three Special Police Officers were abducted and killed in the Shopian district of Kashmir. PUDR is well known for its documentation of Human rights violations in the armed conflicts like that of Nagaland and Manipur where militant and political groups challenge the sovereignty of Indian State. It has also documented the oppression of Police forces in the tribal areas where the moist movement is active and the discriminations that Dalits face at the hands of State or so called upper castes. In post 2000 period it worked along with the Civil Liberty groups in Kashmir and documented the cases human rights violations in Kashmir too.

Though the State oppression in the name of ‘counter-insurgency’ is continuing for last three decades in Kashmir, but last few years has witnessed the show-case of strong Indian State without any respect to International norms and treaties.  The recent act of militants has awakened the civil society groups in India from slumber and they have started referring to the international norms like Article 3 of the Geneva Convention, putting onus on the shoulder of militant groups.  But if we look over-all position of the Geneva Convention, it provides the framework to deal with ‘grave breaches’ during the armed conflict.

The killing of non-combatant protestors on the streets in 2008, 2009, 2010, 2016 by the State armed forces reflect that breach. The use of ‘non-lethal’ pellet guns have resulted into loss of vision to many young boys and girls definitely directs us to refer the international norms.  One need not to go here into the details of tortures, enforced disappearances, rapes that have been rested by the Indian armed forces as weapons of war against the non-combatant population (which even the groups like PUDR have acknowledged and criticized) a cursory look at the recent coercive-methods will reflect on the ‘grave breaches’ which Indian civil liberty groups should talk about.

The Geneva convention talks about the treatment of the combatants with each other while fighting, or at the time of being captured or with their dead bodies.  It was only in June last year that the bodies of militants namely Shakir Ahmed Gagjo, Majid Mir and Irshad Ahmed were burnt down and charred beyond the recognition by the Indian military forces in an ‘encounter’ at Kakapora village of Pulwama district. Only few weeks back the picture of a dead militant being dragged on road in Jammu became viral on social media. At both time, no reference was made to any international norm or code of conduct which a so called ‘disciplined’ army of a ‘democratic’ nation should follow.

In the name of ‘encounters’ hundreds of houses in the districts of Shopian, Kulgam, Bandipora and Pulwama were burn down and raised to ground without caring for the non-combatant population living in the vicinity. As has been pointed out by PUDR that Police personnel unlike army do not live in camps, same is the story of militants, they too do not have any safe houses or camps. It has become a norm now that Indian armed forces vandalise the houses of militants and beat their family members. The letter from PUDR though mentions this but it is reflected so as to show-case its neutral positionality.

It is the Jammu and Kashmir Police force with the support of the Indian armed forces actively take part in these operation as the State has put lot of incentives and provide them safety in the larger ambit of impunity. In Kashmir the legal impunity (Armed Forces Special Powers Act) has turned into a culture of impunity as the Police force, Special Police officers and Special Operation Group personnel also violate the human rights with a confidence of this impunity.  It is in this context that the J& K Police force started arresting and torturing the members of the militants; the recent cases being the arrest of Mr. Assadullah Naikoo who happens to be the father of Riyaz Naikoo, one of the operational commanders of Hizbul Mujahideen. On the same night even the father of one more militant – Lateef Tiger- was also arrested by Police from his native village in Pulwama. It was after this incident only that militants too started targeting the family members of the Policemen in the villages of South Kashmir.

In the period of early 1990s when the armed struggle was at its peak both in terms of strength and support, the members of J&K police were not attacked by the militant groups. It was post 1996-97 period when special task force (STF) was created by inclusion of renegades (Ikhwanis) into it on the behest of then Chief Minster, Farooq Abdullah, who were involved in counter insurgency operations. One needs to looks at the changes that were brought in Police force in last one decade by creating special forces within its ranks to fight militancy and the politics of incentives that attracts them towards such operations against the militants as well as non-combatant population. In recent times all the operation against the militants have been undertaken with the nexus of Army, CRPF and J&K Police together. High officials in the Police force as well as army Unified command have taken pride for the involvement of the police personnel in the operations that have led to the causality of hundreds of militants within a span of two years.

The resistance in Kashmir has evolved over a period of time through its own experience, introspection and through the criticism from the solidarity groups across the world. In the process of criticism one needs to define its politics and its stand. The Indian Civil Society groups and Human rights organizations like PUDR take a neutral position where they criticize the State and non-State Actors equally. What they lack in this binary of State and non-state is the explanation about the structural and institutional power and dominance of the State against the non-State actors. There is also the tendency to treat the violence resorted by the State to suppress the populations at par with the violence resorted by the non-state actors to resist.

The people in Kashmir in general and the resistance groups in particular have been differentiating the India State from the Indian Civil society where they claim that the struggle is against the first not the later. But the position that civil society groups tend to take visa-a-via Kashmiri self-determination, there is a danger of blurring of this difference. In an armed conflict like that of Kashmir, neutrality is itself taking a position. Instead of taking the neutral position, the State violence is Kashmir has to be put in the realm of the structural violence similar to that of Caste violence, Gender violence, racial violence and the groups like PUDR have taken the positions in these cases. The ‘progressive’ liberal Indians who otherwise prove to be very supportive to the social movements which challenge the State project of development, which demand the equality in terms of class, gender and caste and who stand against the land acquisitions but it is only the litmus test of Kashmir where they tend to fail.

Dr. K.W. Hassan is an Assistant Professor at Central University of Kashmir where he teaches course on South Asia, Political Theory and Peace and Conflict Studies.