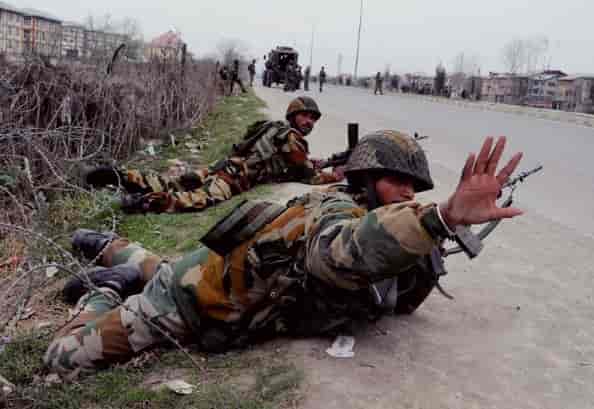 An assistant sub-inspector of Central Reserve Police Force was killed and his rifle snatched in an attack by militants in Keisarmulla area of Chadoora in Central Kashmir’s Budgam district on Thursday, reported a local news agency, Global News Service (GNS).

An unidentified senior police officer told GNS that militants attacked 117 BN of CRPF party in Keisarmulla, injuring one ASI of CRPF namely N.U Badole. Before escaping from the spot, the militants also managed to snatch one AK-47 rifle and one magazine from the ASI.

The injured officer was shifted to 92 base hospital, where he succumbed to his injuries. Meanwhile, the whole area has been cordoned off to the nab the attackers. (GNS)

Previous articleNIA raids multiple locations in Srinagar; all associated with cross-LoC trade
Next articlePakistan to hold assembly elections in Gilgit-Baltistan in November