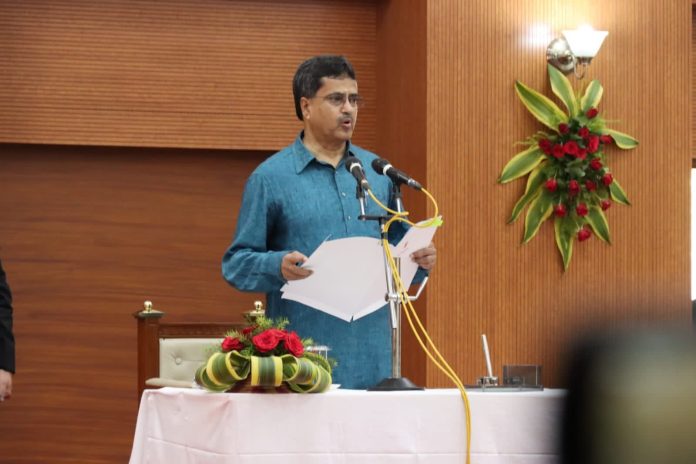 BJP state president Manik Saha was sworn in as the chief minister of Tripura on Sunday morning, reported PTI.

Former Chief Minister Biplab Deb, whose sudden resignation on Saturday evening got Saha the top job, was present at the ceremony along with BJP MLAs and state ministers.

The opposition CPI(M) MLAs boycotted the programme, alleging “fascist-style violence” in the state under the BJP’s rule.

Previous articleInjured in ‘cross firing’, Shopian civilian succumbs to injuries
Next articleWatch| LG assures action against use of force against Pandit protestors