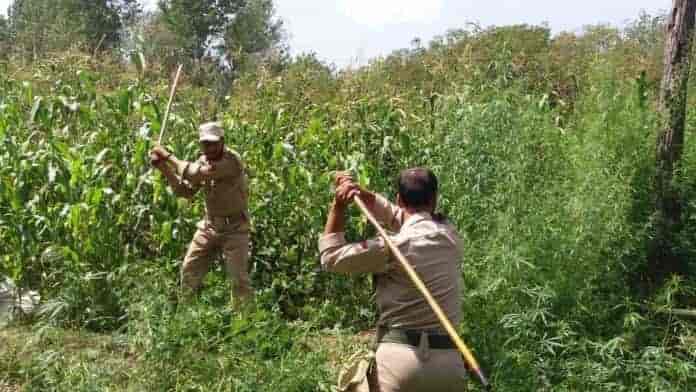 Jammu and Kashmir police on Sunday claimed to have destroyed bhang cultivation spread on about seven  Kanals of land at village Grund area of south Kashmir’s  Anantnag.

In a statement issued here a police spokesman said that on the directions of SSP Anantnag  Altaf Ahmad Khan, a police party headed by SHO Aishmqam under supervision of SDPO Pahalgam conducted a special drive against contraband cultivation, “ During the drive, bhung spread on about 7 kanlas of land was destroyed,” he said.

Adding that the locals of the area  hailed the action of police  wished that police continue this drive in other parts of the district.