Begum Kulsoom Nawaz passes away after battle with cancer 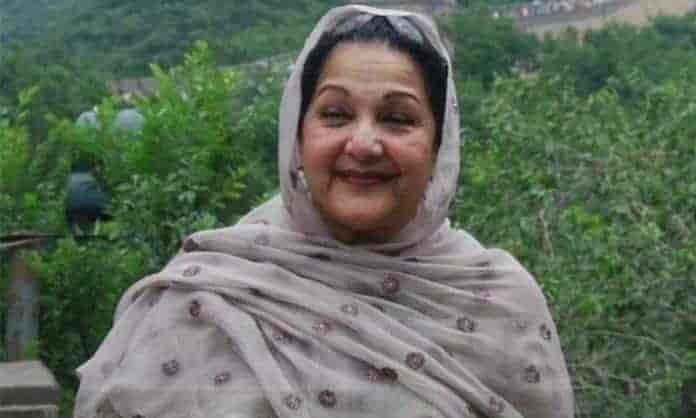 She is survived by her husband and four children, Hassan, Hussain, Maryam and Asma.

Begum Kulsoom had been placed on life support earlier today as her health began deteriorating.

. The three-time former first lady was diagnosed with early-stage lymphoma in August last year and had been in London since, where she underwent multiple surgeries and at least five chemotherapy sessions.

She had suffered a cardiac arrest and was placed on a ventilator in June this year. Her family reported a slight improvement in her condition on July 12, a day before Nawaz and Maryam were set to return to Pakistan after an accountability court sentenced them to jail in the Avenfield corruption reference.

The former PM and his daughter are both currently serving their sentences in Rawalpindi’s Adiala Jail.

Born in 1950 in Lahore to a Kashmiri family, Begum Kulsoom attended Islamia College and graduated from the Forman Christian College in Lahore. She received a Master’s degree in Urdu from Punjab University in 1970.

She married Nawaz Sharif in 1971, and served as the president of the PML-N from 1999 to 2002, after her husband’s government was dismissed by former president Pervez Musharraf, and nearly all the Sharif men were jailed.