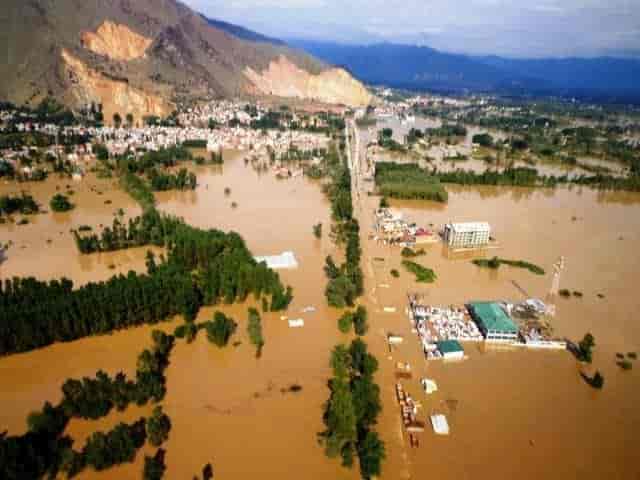 Coastal floods are a major global hazard. In 2008, Cyclone Nargis generated a five-metre storm surge along the coast of southern Myanmar. This swept seawater 50km inland, killing a staggering 130,000 people. In 2013, Typoon Haiyan swept across the central Philippines, killing 8,000 people and destroying a million homes, with much of the damage due to high sea levels.

The past decade witnessed two of the most costly natural disasters in US history: Hurricane Katrina in 2005 and Sandy in 2012. Coastal flooding from these two events resulted in 1,000 deaths and billions of dollars in damage. In the UK, an unusually severe sequence of coastal flooding caused enormous damage during winter 2013-14. The world’s coastal population keeps growing and these floods are a reminder of the risks.

Coastal flooding is caused by combinations of high tides, storm surges and large waves. A storm surge is a big rise in sea level caused by strong winds pushing sea water towards the coast where it “piles up”; and by low pressure at the centre of storms which “pulls” the sea surface up by about a centimetre for every millibar. The worst coastal flooding often occurs when the timing of the peak storm surge coincides with high spring tide.

The fact that coastal flooding is caused by high sea levels is obvious enough. But surprisingly, we currently do not record which extreme sea level rises spill over into extreme floods.

To improve our understanding of coastal flooding, and to assess just how unusual 2013-14 was, we have compiled a new database and described in Scientific Data. Our work provides a systematic UK-wide record of coastal floods over the past hundred years. It currently contains data on 96 major floods, with information for each on the storm that generated it, the high-water level reached, and the severity of coastal flooding.

We have also developed a website called “SurgeWatch”, to make the information easily accessible, and freely available to scientists, coastal engineers, and planners.

We’re aiming to expand the database and we want you to help. Do you have any photographs of coastal flooding from recent or past events which you are willing to share? Photos can be easily uploaded to our website. We want to investigate these in order to improve understanding of exactly which areas were flooded and to what water depth.

The database has allowed us to identify which historic storms resulted in the worst coastal flooding over the last 100 years, and we have mapped the specific paths of the storms responsible for these events.

What is particularly evident is that coastal floods can “cluster”. That is, you get seasons and even decades of calm with relative little happening, and other periods when floods occur in rapid succession. Winter 2013-14 was particularly unusual, featuring seven out of the 96 floods in the 100-year database and two of the top ten; no other season comes close.

Now that we know more accurately which seasons and decades had the largest number of coastal flooding events, we are examining properties (such as sea surface temperature) of the North Atlantic ocean the year before, to see if this provides clues as to how stormy the following season may be.

If there are links, and the ocean contributes to the clustering of storms in a period, then there is scope to develop seasonal forecasting that could supplement the short term forecasting currently provided by the UK Coastal Monitoring and Forecasting Service, which provides warnings of impending high sea levels, helping people to prepare for flooding emergencies.

A long history of flooding in the UK

The UK coastline has been subject to terrible floods throughout history and accurate forecasting would have been useful. In 1607, up to 2,000 people were drowned around the Bristol Channel, the greatest loss of life from a natural catastrophe in the UK during the past 500 years.

The worst natural disaster in modern times was the “Big Flood” of 1953. In south-east England, 307 people were killed and 24,000 people fled their homes, and almost 2,000 lives were also lost in the Netherlands and Belgium.

This event was the driving force behind the Thames Barrier which protects London from storm surges, and other flood defence schemes around the country. It also led to the establishment of the UK monitoring service.

The fact the 2013-14 damage was so limited compared to the tragedy of 1953 is thanks to significant government investment in coastal defences, flood forecasting and sea level monitoring. Our work helps create a direct link between the latter two.

This article was originally published on The Conversation.