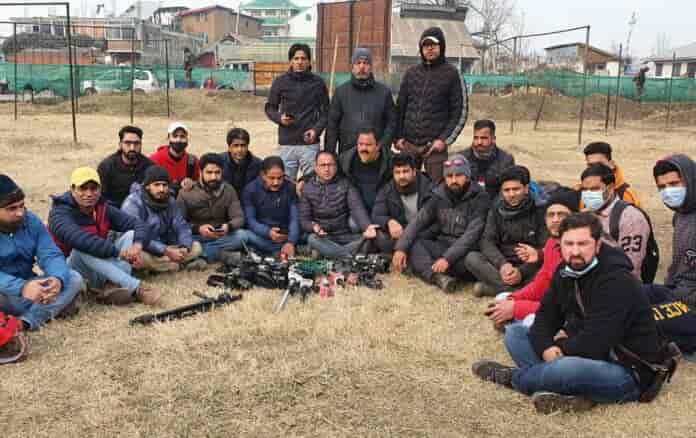 Srinagar: Three local journalists were allegedly thrashed by Army while covering the Jashn-e-Baramulla function on Friday in north Kashmir’s Baramulla district this afternoon.

A local newspaper Kashmir Despatch quoting a journalist reported that the Army hosted Jashn-e-Baramulla in North Kashmir’s Baramulla district, wherein, Bollywood actor Amisha Patel was the Chief Guest.
The function as per the journalists was going well until the scribes asked to get a byte from Bollywood actress Amisha Patel in a professional manner. However, as per the journalists, the army officials allegedly started beating them without any reason.

As per the reports, three journalists who were beaten are Suhail Khan, online editor Kashmir Despatch, Kashmir Crown reporter Ashiq Mir and Mudasir Ahmad, whose camera was also damaged by the Army personnel.

“First, we were invited to cover the function at Jashn-e-Baramulla by the Army, however, while we were covering the event and asked chief guest for a byte professionally, we were not only beaten, but our equipment was damaged”, one of the journalists was quoted as saying by KD.

Soon after the incident, journalists boycotted a staged a protest against the Army for allegedly thrashing three journalists despite being asked to cover the function.

Army officials could not be contacted for the comments. Story will be updated after getting quotes from the official.

Previous article“We will capture Kashmir and then invade India”: Akhtar bats for ‘Ghazwa-e-Hind’
Next articleGunfight breaks out in south Kashmir