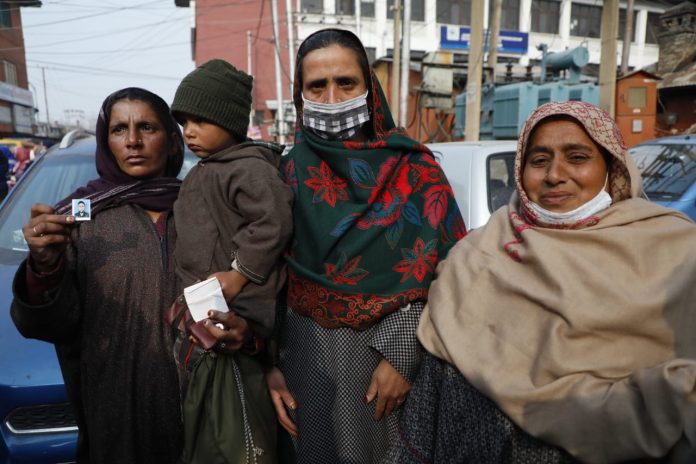 The families from north Kashmir’s Bandipora on Thursday staged a protest against the arrest of their beloved, demanding their immediate release.

According to the news agency—Kashmir News Observer (KNO), the protesting families alleged that their beloved have been detained before two months for no reason.

The wife of one among the detained person, Muhammad Salman Gojar, said, “My husband has been detained by police without any reason. We have already approached police in this regard who told us that he will be released soon.”

However, she said that their husband is still under custody. The other protesting families also stated that their beloved have not been released yet.

“We appeal administration and concerned authorities to release our beloved as the families are facing immense hardships,” they said—(KNO)