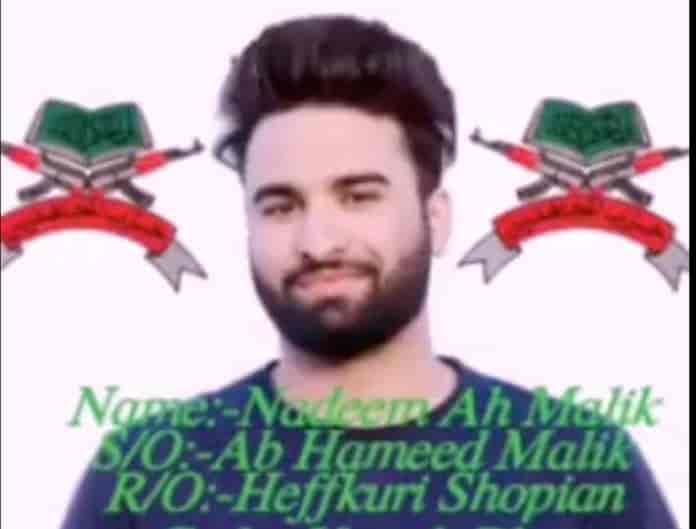 Srinagar: In an audio clip, which has gone viral, a youth from Shopian has claimed that he has been “forced” to join militant ranks by a deputy Superintendent of Police in South Kashmir district whom he accused of torturing and committing incessant atrocities.

Taking note of it, Inspector General of Police Kashmir, Vijay Kumar (IPS) has assured action against the DySP provided the parents of the youth, now a militant, file a complaint with the police.

“My advice to his parents would be to meet me and lodge complaint against my officer. If it found to be correct, we will take action against him,” the top police officer of Kashmir Zone told a local news gathering agency when asked about comments on the audio clip.

The youth, Nadeem Ahmad Malik of Heffkuri area of Shopain district had joined a militant outfit reportedly on 22 May last. The audio clip purportedly released by him has gone viral on social media. “….DSP (name withheld) had made my life live very difficult. He would daily torture me and harass my family. I am not alone to be subjected to torture by the DSP but hundreds of other youth from Shopian had been or continue to be his victim,” he says in the audio clip. “Civil administration despite knowing all deeds of DSP continues to be a mute spectator. ….” (GNS)