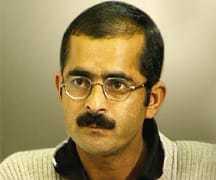 On the third death anniversary of Muhammad Afzal Guru, his family has appealed pro-freedom organizations, legal experts and civil society members of Kashmir Valley to impress upon the government of India to return the belongings of Guru lying with the Tihar jail authorities.

The lone son of Guru, Ghalib told CNS – a local news agency, both he and his mother Tabasum is aware of this fact that India is not interested in returning the mortal remains of ‘Baba’ (as he calls Muhammad Afzal Guru) but they wish that his belongings that includes the Holy Quran, his spectacles, a radio set and books to be given back to them.

“I’m not blaming Geelani sahab or any other separatist leader. They tried their best to bring the mortal remains of my father back from India but India being insensitive towards the sentiments and aspirations of Kashmiri people, denied to return the same. Our only appeal to separatist organizations, lawyers and civil society members is to take steps to demand back the belongings of Guru back from India,” Ghalib said.

“I know GoI will not return the mortal remains of my father but at least it should return all the belongings of my father to me,” he said.

Ghalib added that the way his father was executed will always haunt India and its democratic principles will always be questioned. While thanking people of Kashmir for their support and affection Ghalib said that they expect nothing form pro-India politicians present in the Valley.

“Recently when I passed class 10th examination that day I realized how much people of Kashmir love and respect my father. I was overwhelmed to see the remarks of people congratulating me and it is this love which will always give a new lease of life to our family on every martyrdom anniversary of my father,” he said.

Guru was secretly hanged on February 9, 2013 inside Tihar Jail for his alleged involvement in Parliament attack. On his third death anniversary on Tuesday pro-freedom organizations have called for a complete shutdown across Kashmir.