The Kashmir Walla
Support Us
In-DepthPolitics 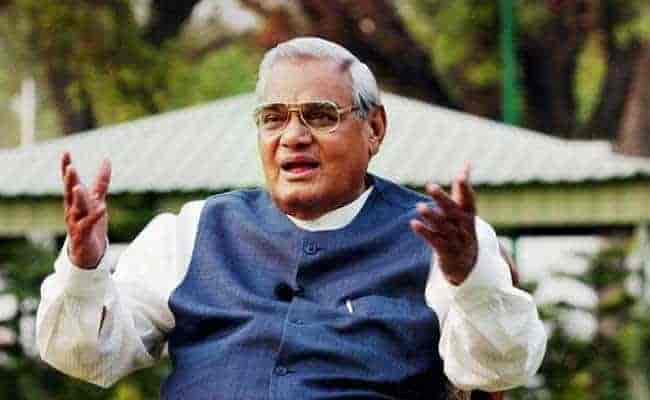 After the death of former Prime Minister and senior Bhartiya Janta Party (BJP) leader Atal Bihari Vajpayee on Thursday, political leaders across the party lines and general public have sent in condolence messages.

In Jammu and Kashmir, political leaders have been paying tributes to Vajpayee, and especially highlighting his role during the talks with Pakistan in early 2000s, when he was Prime Minister and also having more humane response to the Kashmir issue. Though, some still remember that he was part of the BJP and didn’t speak out when Babri Masjid was demolished in 1992.

Here are some reactions from Jammu and Kashmir

“The demise of Atal Bihari Vajpayee is not only a loss for the country, it is big loss for the people of Jammu and Kashmir. He was the first Prime Minister to understand the agony of our people,” – Mehbooba Mufti, People’s Democratic Party

“Vajpayee Sahib is no more & I feel a personal sense of loss at his passing. Thank you sir for the opportunities, for the trust you reposed in me, for the opportunities to travel with you & to learn from you. You will be greatly missed. Words mean so little at a time like this but words are all we have to convey the deepest condolences to Gunu, to Neha, to Ranjan & the entire family. May God give you strength to bear this tremendous loss,” – Omar Abdullah, National Conference

“One of the greatest leaders’ of the country passes away. Atalji stood out distinctively. I remember the great man was the Prime Minister when my father was killed. He called me up that very evening and rendered an advice which I always adhered to,” – Sajad Lone, People’s Conference

“Rare Indian leader who had the humanness to seek the resolution of the festering Kashmir dispute. Vajpayee made efforts to walk his talk when he initiated unconditional dialogue with the Hurriyat Conference,” – Mirwaiz Umar Farooq, Hurriyat Conference

“He (Vajpayee) was a great man, I cannot see the values he had in anyone today. He was from the Rashtriya Swayamsevak Sangh (RSS) and Bharatiya Jana Sangh, but his ideology was opposite to theirs. He wanted India to be everybody’s. He also wanted to strike up a friendship with Pakistan. Unfortunately he couldn’t see that. I hope that the current govt & Pakistan’s Imran Khan govt fulfill his dream, that will be a true tribute to him,” – Farooq Abdullah, National Conference

“In the death of Atalji a statesman passes away. He was truly a people’s man. I vividly recall as a child my father’s interactions with the great man. He will be a reference point for the younger generation aspiring to lead,” – Imran Raza Ansari, People’s Democratic Party

“Vajpayee had tried to reach to the people of Kashmir by initiating important initiatives which helped in creating hope. Opening of dialogue with stake holders including Pakistan and other dissenting voices were meaningful steps. Despite severe limitations of the BJP’s policies, he will be remembered for not following the beaten tracks,” – Mohammad Yousuf Tarigami, CPI(M)

“We grew up listening to him, learning from him and inspired by him. There was no internet or electronic media in those days, but I vividly remember that many of our college-mates, who did not subscribe to our ideology, would come over to his public rallies, just to pick up speaking skills from his distinct style of oratory . That was the magic of #AtalBehariVajpayee,” – Dr. Jitendra Singh, Bhartiya Janta Party

“Now is the time, while paying tributes to the great man, for the leadership of the sub-continent to follow his vision of a peaceful region. Initiate a dialogue and resolve all disputes including the dispute of Jammu and Kashmir in the interests of peace, prosperity and development,” – Professor Abdul Gani Bhat, Hurriyat Conference

…and a day before Vajpayee’s death:

“Atal was no different than Modi for Kashmiris. His mindset and psyche reflected the stanch RSS follower. Vajpayee’s slogan was as hollow and deceitful as of others. The myth that Vajpayee was noble for suppressed Kashmiris was propagated in a high pitch,” – Syed Ali Shah Geelani, Hurriyat Conference

After DDC elections, an uphill battle for PAGD

In Chadoora, many first time voters vote for family, friends — not development