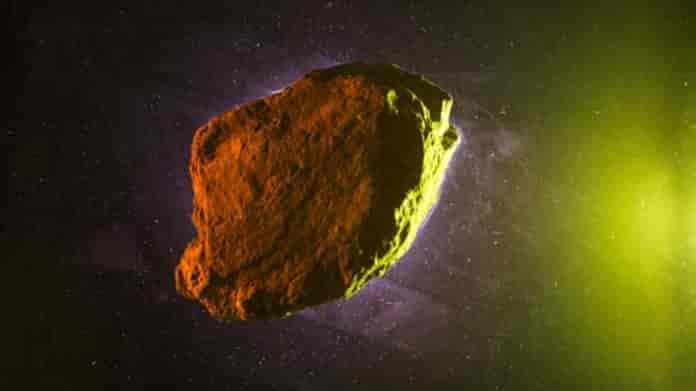 An asteroid, which the Nasa has classified as “potentially hazardous”, is approaching Earth at a massive speed of 94,208 kilometres per hour, raising concern for astronomers worldwide.

While the asteroid will pass the Earth from a distance nine times that of between Earth and the Moon, the astronomers will be able to watch the 1.4-kilometre-wide asteroid move past Earth in its orbit using telescopes.

The object, classified as potentially hazardous, will next come close to Earth in 2063. Nasa has predicted its orbital track and expects no harm to the planet this time.

The asteroid was first spotted by the Panoramic Survey Telescope and Rapid Response System (Pan-STARRS) facility located at Haleakala Observatory, Hawaii in January 2016 after which Nasa used the NEOWISE spacecraft to observe the flying object.

According to EarthSky, astronomers noticed that the asteroid is very dark (not very reflective), and its rotation period, pole direction, and spectral class are all unknown.

The asteroid orbits around the Sun every 5.9 years as it gets relatively close to Earth’s orbit but then travels beyond the orbit of Jupiter. The August 21 flyby will be this asteroid’s closest approach to Earth at least for the next 65 years, the longest period for which its orbit has been calculated.

Asteroids are rocky fragments left over from the formation of the solar system about 4.6 billion years ago.

According to the Nasa Joint Propulsion Laboratory (JPL), which tracks asteroid movement, an asteroid is classified as a near-Earth object when its distance from our planet is less than 1.3 times the distance from Earth to the Sun (the Earth-Sun distance is about 93 million miles).

Nasa tracks over 26,000 near-Earth asteroids and over 1,000 of these are considered potentially hazardous. The agency tracks the movement of the asteroid around Sun to establish its location, computing an elliptical path that best fits the available observations of the object.

Previous article3 PaK boys apprehended along LoC to be repatriated today: Army
Next article‘Responsibility of every Indian’: Jammu and Kashmir trying to promote Sanskrit