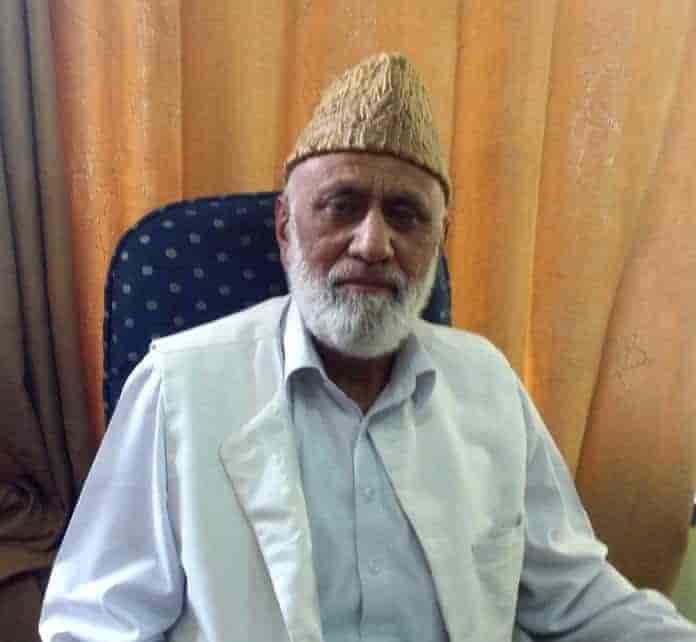 The Jammu and Kashmir police booked two sons of late Ashraf Sehrai under the Unlawful Activities (Prevention) Act (UAPA) for “raising anti-national slogans” at the funeral of their father on 6 May 2021.

The Tehreek-i-Hurriyat Chairman, Sehrai, died on 5 May in a Jammu hospital during his imprisonment under Public Safety Act (PSA) in Jammu jail. His body was brought to his native village in north Kashmir’s Kupwara district, where he was buried on 6 May.

His two sons – Mujahid Sehrai and Rashid Sehrai, were both arrested from their residence at Bulbulbagh area of Barzulla in Srinagar on Saturday.

Speaking to The Kashmir Walla, the Inspector General of Police, Kashmir, Vijay Kumar, confirming the booking of the duo under UAPA, added that “raising anti-national slogans attracts UAPA”.

As per police sources, a case was registered under section 13 of India’s anti-terror act — punishment for unlawful activities with imprisonment upto seven years — in Police Station Sogam, in north Kashmir, under FIR number 21/2021.

A senior police official told The Kashmir Walla that while taking the body of late Sehrai to Tekkipora-Sogam graveyard in Kupwara for burial on 6 May, some people were found raising “pro-freedom and provocative slogans”.

During the initial investigation, the police had earlier detained two persons Ab Hay Khan and Altaf Ahmed Khan, both residents of Tekipora, Lolab for questioning. Then the police arrested the sons of Sehrai, in a Saturday night raid, from their residence at Jahangir Colony in Srinagar, for questioning.