As political killings rise in Kashmir, a son recalls his slain father’s journey 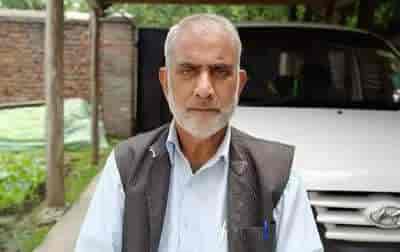 Ghulam Hassan Lone and his son Shabir Ahmad had a routine that after each Friday prayer they would sit at home and talk about things – family, politics, anything. Last week, the routine was broken as Ahmad had to go somewhere.

Few hours later, Lone, 65, went to the mosque for the afternoon prayer and then to a local shop, outside his home, where he would spend some time and read a newspaper.

Lone, a resident of Devsar village of south Kashmir’s Kulgam district, was a local politician for the last two decades and had switched between several parties. He became the latest casualty as militants mount a campaign of assassinations against workers and leaders of political parties which are deemed close to New Delhi.

It was around 5:30 pm, Lone was still at the shop reading the newspaper, when two unknown gunmen, who were on a bike, came close to Lone and shot him on his chest, the shopkeeper later told Ahmad.

There was chaos as he fell down. By the time people took Lone to the hospital, he had breathed his last. Far from home, Ahmad had no idea about the incident till he got a call from his home. “The route became so long that it felt like a way to hell,” he said.

He reached the hospital and found his father’s dead body. “It was like a doomsday for me and my family,” he added.

Where did it all start?

It all started way back in 2000 when Lone joined the Communist Party of India (M) as a worker. For a year or so, Lone was associated with the party, his son said. But he had parted his ways and joined the People’s Democratic Party (PDP) after a year. He rose through ranks and was made the PDP Block President in 2016.

At that time, he was offered the security but his son had told him not to keep it. “I told him if you are not doing anything wrong then you don’t need any security,” he said. “I had strictly asked him not to bring any security inside the house.”

Ahmad said that his father joined politics only “for the sake of people”. “He would tell me that he wants to work for his afterlife, hence working tirelessly for the needy.”

Ahmad has himself served the army and retired recently. Lone is survived by two other sons and wife; one of whom serves in the army and the other one is in the police.

“There are people who expect good things from me. I can not let them down,” Ahmad remembers his father often saying. “He would say that he has blessings of people and that is all that matters to him.”

In 2014, the alliance between the BJP and PDP was formed and it continued for two years. Ahmad said his father was not happy with the alliance, however, being loyal to the party, he stayed with it. Three years after he was elected Block President, the Article 370 and Article 35A were scrapped and the political activities came to a halt.

It was at this time that Lone realised the PDP’s downfall and told his son that PDP “is dead” in Kashmir which is why he wanted to join another party. In January 2021, Ahmad said Apni Party founder Altaf Bukhari called Lone and asked if he could join his party. Lone agreed and joined the Apni Party and was made Zonal President, Devsar.

Not the first incident

This incident is however not the first one. On Monday, Javeed Ahmad Dar, constituency president of Homshalibugh in Kulgam, succumbed to his injuries after militants fired at him at Brazloo in Kulgam district.

In another incident, BJP sarpanch Ghulam Rasool Dar and his wife Jawhara Banoo were shot dead by two gunmen last week in south Kashmir’s Anantnag town. Dar, 68, was the president of BJP Kisan Morcha of the Kulgam district.

Ahmad said that they had never had this fear in their life as they would always ask their father if he was on the right path.

Ahmad is now left with just one regret – why wasn’t he with his father when he needed him the most?  “Neither can my father come back nor will anyone be able to give me justice,” he said.