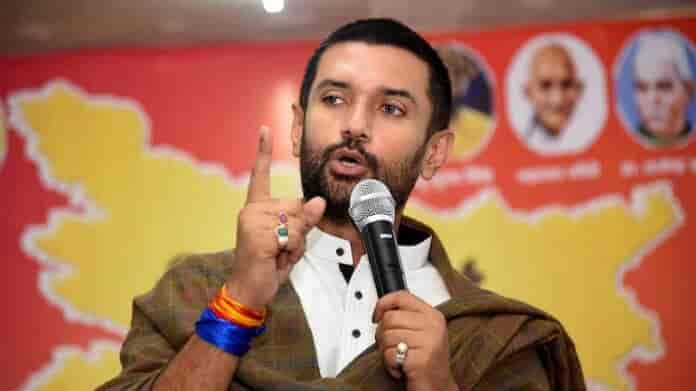 Member of Parliament, Chirag Paswan, who is on two-day visit to Kashmir, Sunday said that Article 370 was abrogated with “good intentions” to deliver the best to the people and that “he will work to fulfil the dream of his father” late Ram Vilas Paswan towards Kashmir.

Paswan while addressing a gathering during the ‘Real Heroes Awards 2021’ at KICC in Srinagar, said that there is a need to glorify the Dal Lake and other places in Kashmir.

“The people not only from India but across the globe are speaking about the Dal Lake,” he said. “But there is a need to glorify it further which would attract more people.”

He added that he met various delegations yesterday and they spoke about various issues and also raise their concerns about many things. “I will raise these issues with the Prime Minister Narendra Modi and Union Home Minister Amit Shah for the redressal of the genuine grievances of people,” he said.

Paswan also stated that cutting across the party lines, the leaders should visit here and should talk to the people to listen their genuine demands and try to redress those.

He also stated that his father was keen to see development and other things in Kashmir, adding that “I will also try to fulfill his dream about Kashmir.”

He said that Kashmir is a beautiful place and his heart is connected with the Valley.

About 5 August 2019 decision, when New Delhi abrogated J-K’s limited-autonomy, Paswan said was done by central government with “good intentions” to deliver the best to the people. In August 2019, the central government had clamped curfews, imposed communication blackout, and detained over 7,000 persons.

However, Paswan said that if people have any concerns or want to put forth their suggestions, they can contact him through e-mail so that he can take up the issue with the Prime Minister and other Union ministers.

“I want to deliver and for which I only want your support,” he said. (KNO)