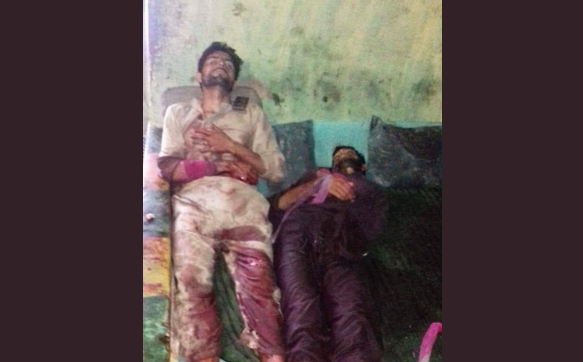 Srinagar: Army shot dead a cattle trader and injured another cattle trader, in Jammu and Kashmir’s Ramban district on Sunday.

The incident took place at a tunnel construction site in Sumbad Kholi area on Sunday early morning. The duo was in the area in relation to their business.

The duo was fired upon by the 58 Rashtriya Rifles personnel when they were leaving Kohli village around 4 am, a police official said.

Police has registered an FIR against 58 RR of the army at Dharamkund police station. Senior Superintendent of Police, Ramban, Mohan Lal, while confirming the incident told PTI that an investigation is on and a case is being lodged against Army personnel.

According to initial investigation, the cattle traders had gone to the village for work, an official said. “Despite warnings, there was no response which led to the personnel opening fire. Besides the victim, another person was injured,” a police official was quoted by news agency IANS.

Hurriyat Conference Chairman Mirwaiz Umar Farooq took to twitter to condemn he killings, saying, “Is it part of the Muslim killing under the garb of “cow protection” or Kashmiri killing under garb of “AntiNational“ we wonder! Strongly condemn this barbarity of State.”