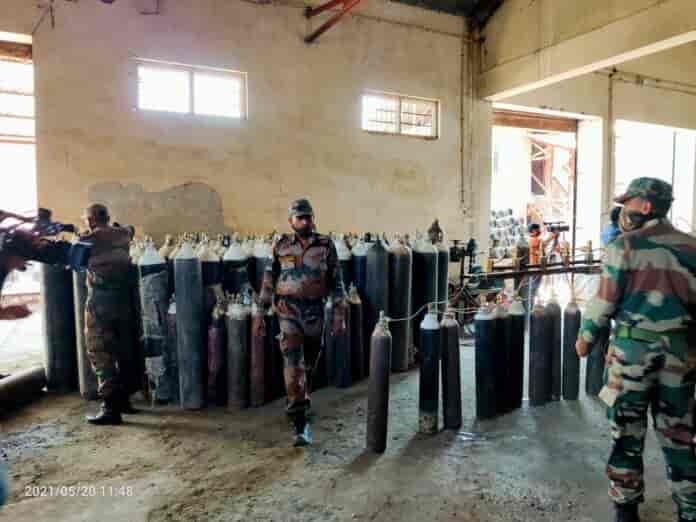 Army technicians have assisted in the repair of an oxygen generation plant at Rangreth on the outskirts of Srinagar, a defence official said.

The oxygen plant of Enn Dee Gases, which is located at Rangreth, was lying out of action for the last five years, the official said.

“It has the capacity of filling 700 cylinders of oxygen per day. It was vital to make this plant serviceable to increase the oxygen production capacity in the valley,” the official said.

The official said the Srinagar-based Chinar Corps was requested by the Civil Administration to assist in its repair. “The Corps mobilised its resources to transport the required spare parts from Mumbai. The spares (parts) reached within just two days by an Indian Air Force plane,” the official said.

“The moment necessary spares arrived at the plant, (a) team of technicians from Corps Zone Workshop, Rangreth along with civil technicians worked tirelessly to make the plant serviceable within four days,” the official said.

The plant, which was in a state of disuse for five years, had multiple problems in all subsystems including the Heavy Duty Air Compressor, the Chiller and even the Columnar Air Separator.

“Once all the defects in the existing sub systems were rectified, the new Oxygen Filling Manifold was fitted by the technicians. The plant has been tested thoroughly and has been found to work satisfactorily,” the official said.