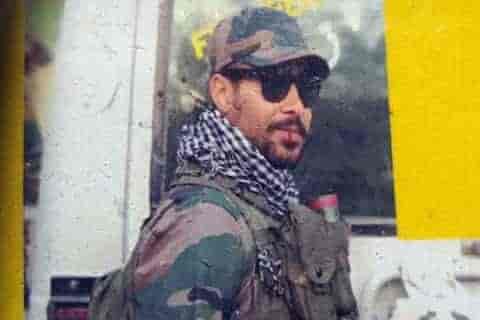 An  Army trooper accused of killing a policeman in Bulandshahr violence in Uttar Pradesh has been arrested by an army unit in Sopore area of north Kashmir and will be handed to the UP police on Saturday, reported India Today.

According to the report, Jitendra Malik, alias Jeetu Fauji, was detained in Sopore by 22 Rashtriya Rifles.

He is accused of killing two persons -Inspector Subodh Kumar Singh and a 22-year-old undergraduate student Sumit Kumar in the violence that broke out in Bulandshahr apparently after cow carcasses were found strewn in a nearby jungle.

“A special investigation team’s (SIT) report had suggested that both of them were shot dead with the same bore (.32) pistol or pistols. Police believe the pistol belongs to Jeetu Fauji who reportedly opened fire, killing the policeman,” reported India Today.

“Subodh Singh’s post-mortem examination report has said that a bullet entered the police officer’s skull and remained stuck there. The bullet entry wound was 1.5 cm by 1 cm. An X-ray of Singh’s head clearly showed the bullet stuck in the rear of the skull,” the report said.

“The post-mortem examination also found four to six marks of injuries inflicted by stones,” it said.

According to Singh’s wife and his son, he was killed in a conspiracy and in view of this they have asked the state government for an appropriate probe into this.

Inspector Subodh Kumar Singh had initially probed the lynching of Mohammed Akhlaq, and the death is, hence, being linked with to the 2015 episode.