APDP: Where are our dear ones? 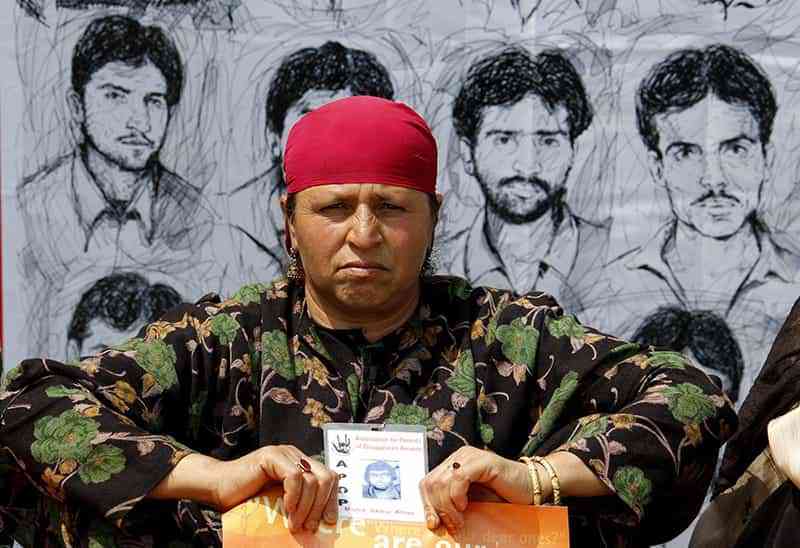 Not satisfied with magisterial probe in ‘Hyderpora gunfight’: Abdullah

The Association of Parents of Disappeared Persons (APDP) on Wednesday held a silent sit in protest here at pratap park against the ‘enforced’ disappearance of their dear ones.

According to KNS correspondent, while holding the protests, the relatives of disappeared persons alleged that their kin have been subjected to enforced disappearances since 1990.

“From last fifteen years, my son is disappeared as the forces barged in my house and took him away. Since then there are no reports about his whereabouts. I keep searching him till date,” one of the mother of the disappeared persons said.

On ten of every month, Parents of disappeared persons stage a sit in protest in one of the parks in Srinagar to raise the issue of the disappearance of their loved ones.  They keep appealing the international human rights organizations to come for their help.

The protestors also held government responsible for paying no attention to their sufferings. “No one is paying any attention towards us. My son is disappeared since nineteen years but no one from the government has ever helped me” said an elderly woman who was the part of the protest sit in.
While holding the demonstrations, the APDP stated that they always want to draw attention of the government towards such a situation wherein the dear ones of the scorers of families are missing but there has been no assistance from the government in ending such serious crises.