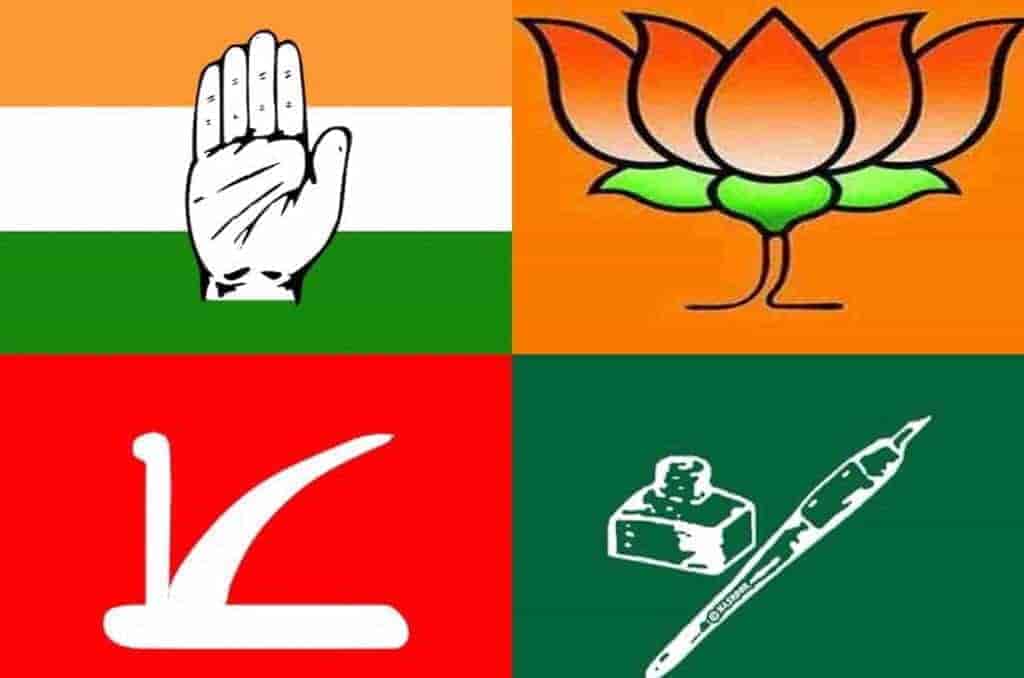 As soon as New Delhi blew the civic-poll bugle in Jammu and Kashmir, it remains divided on the forefront of poll preparations. While the Jammu division of the state is in a celebratory mood, the Kashmir Valley remains marred with the calls of boycott and violence.

Using the attempts to abrogate Article-35A as a shield, the two main regional parties – National Conference (NC) and Peoples Democratic Party (PDP), called for a complete boycott of the polls. Taking the advantage of the void, the right-wing Bharatiya Janata Party (BJP) has gained leaps and bounds from north to south in the Valley.

Sidelining every ‘excuse’, Ram Madhav, General Secretary of the BJP, made it amply clear that New Delhi will not delay the local body elections any further. “As governor, his agenda is cut out — accelerating development activity, resolving the governance deficit, and continuing with strong counter-terror measures,” he had said.

In North Kashmir’s Sopore, BJP’s Constituency President, Farooq Ahmed Rather, gave a brief sketch of the situation in North.

By now, five candidates have filed their nomination papers from Sopore, seven from Rafiabad, seven from district Kupwara, seventeen from Bandipora and fourteen from Baramulla town.

“BJP is successful in bringing 50 people to file the nomination papers in north Kashmir,” Rather told The Kashmir Walla. “Imagine, BJP having five candidates in Sopore town only. It is a huge achievement in itself. We can’t even meet people face-to-face in the town.”

Rather, who joined BJP in 2013, added that though there is calm in north but threat to life is everywhere. “We are outlaws in our own villages. There is complete negative image of BJP among people especially in Kashmir.”

The state Chief Secretary BVR Subrahmanyam had said earlier that the civic polls in the volatile state are solely about the matters of Bijli, Pani and Sadak (Electricity, Water and Roads).

But Rather believes that successive regimes have neglected the issues of Sopore. “We neither have Bijli, Pani nor Sadak. But if the BJP ward member wins the election, we would do everything to address people’s basic issues,” he said.

Lashing out at the NC and PDP, Rather said, “Both of them knew that they would lose the elections as they have done nothing for the people. Article 35-A is a merely an excuse for them.”

Journalist turned politician, Aabid Salaam War, filed nomination papers as an independent candidate from Baramulla town. According to War, the decision to boycott election “makes no sense” and the BJP has nominated candidates “who have no credibility at all.”

The central government announced that “more than adequate” security arrangements have been made to “ensure free and fair elections and the safety of the candidates and the polling staff.”

Rather remembers 29 November from last year when unknown gunmen set his house ablaze. Since then, he is living in a rented apartment provided by his party in Srinagar, without any official security allotted by the state.

Since the inception of militancy in Kashmir, the migration of the political workers, mostly to urban parts of Srinagar city, is not a new phenomenon. Chairman of Jammu and Kashmir Political Migrant Front for All Parties All Communities, Sheikh Mohiuddin Shabnum, has been an instrumental figure in motivating the disgruntled political workers of the mainstream parties.

Talking to The Kashmir Walla Shabnum said, “I have myself been a migrant since 1990s. I have always stressed about the need of the dialogue, so that things can be brought to normal here. There is need of dialogue with the Hurriyat as well.”

He has also kept a helping-hand ahead to help in providing accommodation to any of the political workers during the civic polls in Kashmir. Adding to it, he said, “We can also provide individual security cover to the candidates who desire so.”

Subrahmanyam also had said that there is a lot of enthusiasm on the ground, though, such claims fall on face. Around six civilians, including a Hurriyat activist from Sopore, have been killed since the election announcement.

The southern areas of the Valley have become a virtual graveyard for the mainstream political workers in recent years. Amid the burning of Panchayat houses, the idea of election and the attempts to prevail democracy stands anguished.

Khurshid Ahmad Malik, who contested 2014 assembly election on BJP ticket from Kokernag constituency and got 2000 votes, left the party in 2018 following the controversy surrounding the abrogation of Article 35-A.

“The successive governments are responsible for not empowering the Panchayats in Kashmir,” said Malik. “Rahul Gandhi did nothing in 2011 and then BJP failed us again when they came in power in 2014.”

Malik insists the BJP to firstly restore peace, before doing the “election drama” in the state. Citing to the single candidate from Kokernag, he said that the BJP is responsible for the mess itself.

In 13 wards of Kokernag constituency, BJP has no candidates. The party is responsible for it. “Youth are picking up guns only due to BJP’s flawed policies,” he added.

Malik says that the situation in South has come to such a low that whosoever is filing the nomination papers is not announcing it due to the fear of getting killed.

Political commentator and author Rao Farman Ali told The Kashmir Walla that it’s a big ploy played out by the Hindutva forces for the state of Kashmir, which the common masses are unfortunately not trying to understand.

“After Article 35-A and 370, the BJP wants to amend 73 and 74 that deal with these elections,” said Ali. “If the people join the election fray, they would be siding with the NC or PDP and if they boycott then it would favor the Hindutva forces like BJP and RSS. So, people are in a dilemma. It’s the basically the failure of Hurriyat who failed to provide a strategy to the people.”

Last time Valley witnessed elections on 9 April 2017 and the day ended with the death of eight people and a historic low record of voter-turnout – only 7 percent. In an audio clip, the militant outfits have explicitly warned about the consequences for those who will take part in the election process. For nearly three years, the Anantnag parliamentary seat still lies vacant and New Delhi has not dared to hold the election.

Former vice chancellor Islamic University of Science and Technology and political commentator Siddiq Wahid believes that the elections assume a democratic precedent. “That has not been the case in this state for seven decades now,” said Wahid. “In such an environment, elections are not relevant for the conditions in Kashmir today, which has to do with severe human rights violations by the state, civilian killings almost on a daily basis and a general uncertainty that hangs over the land.”

Requesting anonymity, a Jammu and Kashmir police official told The Kashmir Walla that they can deal with the local populace on daily basis. “The department is doing everything to keep peace on ground; but that’s where we are being misunderstood,” he said.

The official admitted that the only thing they can do is to maintain peace on ground, the solution has to come from the political dispensation. Ali, the commentator, views the security situation of the state from the perspective of south Asia. “See, two rivals of south Asia – India and Pakistan, need to start talking so that Kashmiris start to breathe in respite. It has to be a top-bottom approach. Peace cannot prevail in the Valley till both the countries are serious about resolving the issue.”

Many believe that the outcome of holding the civic polls is explicitly providing ground to the BJP for 2019 general elections. The civic polls are seen as stepping-stone for BJP but will the regional parties allow that to happen? However, Wahid added, “It was the right thing to do on the part of the PDP and the NC.”